Gaurav Yatra,” the BJP told the court. It had asked the court to reject the PIL as it was frivolous and aimed at seeking publicity. 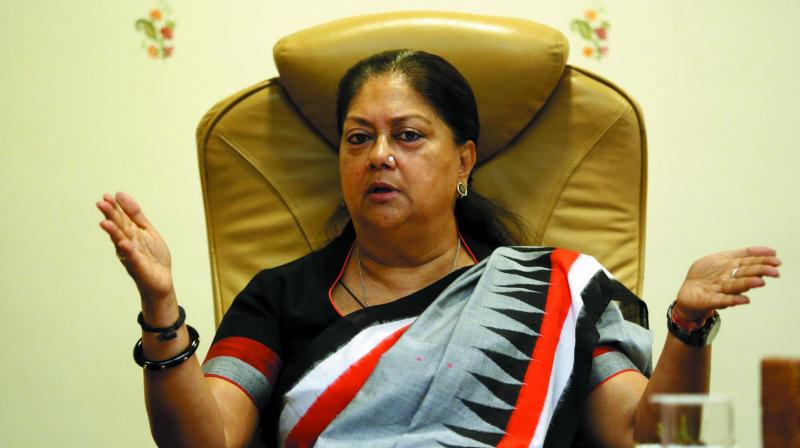 Jaipur: Rajasthan high court has asked the ruling BJP to provide accounts of chief minister Vasundhara Raje’s Rajasthan Gaurav Yatra. The BJP will have to file an affidavit with complete details of expenditure incurred on the yatra by Monday.

The division bench headed by chief Justice Pradeep Nandrajog issued this order after the BJP claimed that Rajasthan Gaurav Yatra was programme of the party and the state government had no connection with it.

The BJP had filed its reply on Thursday in response to a PIL filed by lawyer Vibhuti Bhushan Sharma. He had alleged misuse of taxpayers’ money and government machinery for chief minister Vasundhara Raje’s Rajasthan Gaurav Yatra.

Mr Sharma had cited two government orders in which PWD officials had been asked to make arrangements for the Rajasthan Gaurav Yatra.  “The yatra was flagged off by BJP’s national president Amit Shah. The state BJP president Madan Lal Saini had said that with this yatra the BJP has started its election campaign. Home minister Gulab Chand Kataria who is convenor of the yatra had also stated that it was BJP’s yatra and the expenditure would be borne by the party,” he said in the petition while asking the court to order recovery of the government fund spent so far on the Rajasthan Gaurav Yatra.

The BJP, however, claimed that the yatra is being organised by BJP and the state government has nothing to do with it. “The state government is only making security and other arrangements under protocol because the chief minister is also participating in the yatra and she is giving people information about welfare schemes. The protocol should not be linked to

Gaurav Yatra,” the BJP told the court. It had asked the court to reject the PIL as it was frivolous and aimed at seeking publicity.