The vice presidential poll will be held on August 6 to elect the successor to M Venkaiah Naidu, whose term ends on August 10 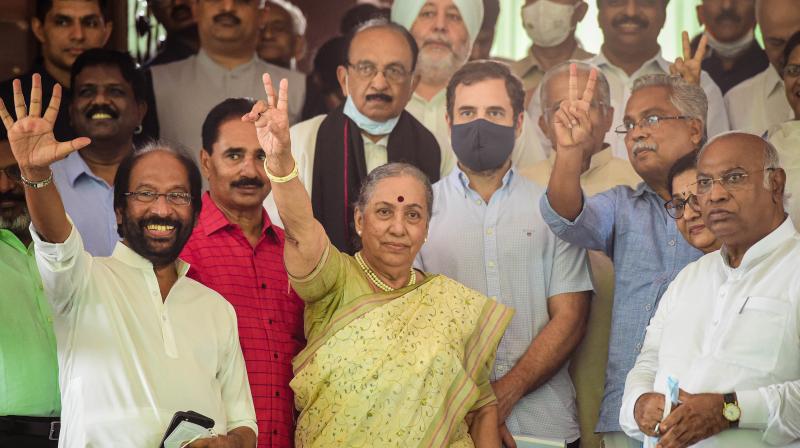 New Delhi: Joint opposition candidate for the vice presidential election Margaret Alva on Tuesday filed her nomination papers for the post and was accompanied by a host of leaders.

The vice presidential poll will be held on August 6 to elect the successor to M Venkaiah Naidu, whose term ends on August 10.

Tuesday is the last date for submission of nominations for the vice presidential election.

"It's a tough election without a doubt, but I'm not afraid to take on the challenge," she had said on Monday while thanking opposition parties who have supported her candidature.

Alva, 80, is pitted against NDA's Jagdeep Dhankhar, who resigned as West Bengal governor after being nominated on Saturday evening.

Former Rajasthan governor and Congress veteran Alva was unanimously chosen as the joint opposition candidate for the post of vice president on Sunday.

All MPs of the Lok Sabha and Rajya Sabha, including nominated members, comprise the electoral college for the vice president's election.