Friskers who were allegedly involved in the act would be arrested soon, police said 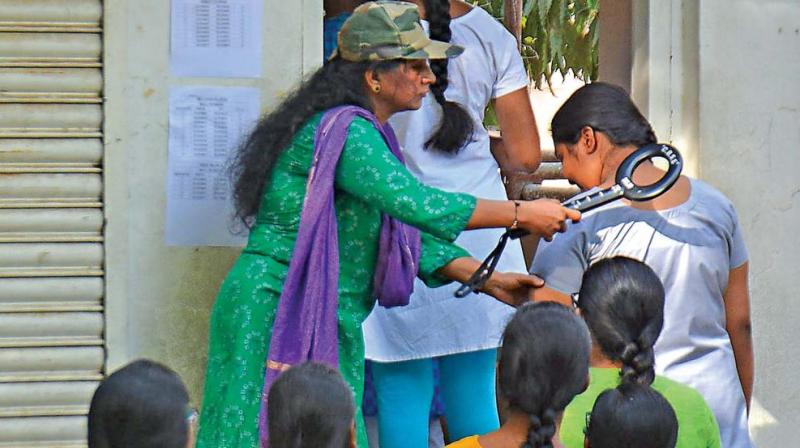 Kollam: Police in Kerala on Tuesday registered a case in connection with an alleged incident, where young women and girls who appeared for the National Eligibility-cum-Entrance Test, were asked to remove undergarments to be allowed to write the exam in Kollam district.

Police said a case has been registered under Indian Penal Code (IPC) Sections 354 (Assault or criminal force to woman with intent to outrage her modesty) and 509 (Word, gesture or act intended to insult the modesty of a woman) on the basis of a complaint of a girl who allegedly faced the humiliating experience while appearing for the NEET exam held at a private educational institute at Ayur in the district on Sunday.

The case was registered after a team of women officers recorded the statement of the girl, they said, adding that an investigation has been launched and the friskers who were allegedly involved in the act would be arrested soon.

The issue came to light on Monday when the father of a 17-year-old girl told the media that his daughter, who was sitting for her first-ever NEET exam, was yet to come out of the traumatic experience wherein she had to sit for the over 3-hour-long exam without a brassiere.

The father had told a TV channel that his daughter was dressed as per the dress code mentioned in the NEET bulletin which did not say anything about innerwear.

The Kerala State Human Rights Commission has also ordered an investigation into the incident.

The Commission has directed the Kollam Rural SP to file a report within 15 days.