World Bank officials did not respond to queries on the subject. 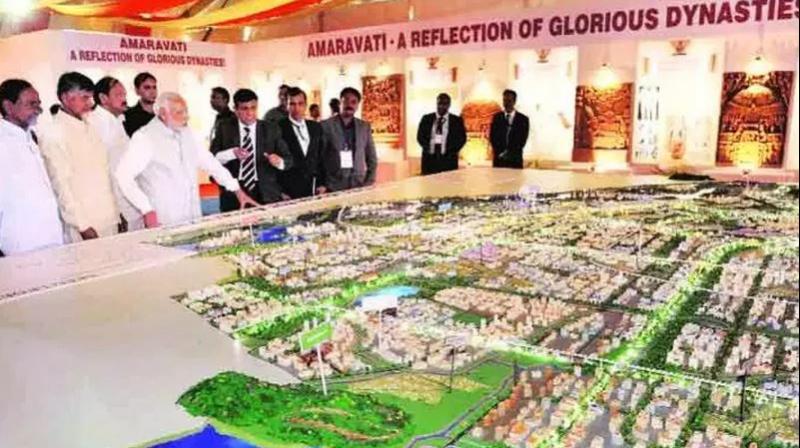 The previous Chandrababu Naidu government had claimed that the World Bank agreed 'in principle' to lend USD one billion for Amaravati development. (Photo: PTI)

Amaravati: In a jolt to the Andhra Pradesh government, the World Bank has "dropped" out of the Amaravati Sustainable Infrastructure and Institutional Development Project, pushing the state capital city's development into further jeopardy.

The World Bank did not assign any reason for pulling out though the Bank official website showed the status of the Amaravati Sustainable Infrastructure and Institutional Development Project as "dropped."

World Bank officials did not respond to queries on the subject.

According to sources, the World Bank had apparently taken into consideration widespread complaints lodged by farmers in the region on alleged forcible taking over of their fertile lands by the previous dispensation in the name of land pooling for capital development.

Several NGOs and environmentalists have been opposing the previous Telugu Desam Party (TDP) government's plans to build the capital by acquiring land from farmers and protested against development very near to the Krishna riverbank.

The previous Chandrababu Naidu government had claimed that the World Bank agreed "in principle" to lend USD one billion for Amaravati development.

Officials who headed the AP Capital Region Development Authority (CRDA) during the previous dispensation even claimed that the World Bank included the project under retro-financing category, which meant that the international lender would reimburse what all amount the government spent on the project.

The Chandrababu Naidu government reportedly listed it under the Externally-Aided Projects under the Special Assistance Measures announced by the Narendra Modi government in 2016 so that the repayment burden would be taken on by the Centre.

Under the proposed EAP, World Bank was to lend USD 300 million while the Asian Infrastructure and Investment Bank (AIIB) was supposed to lend another USD 200 million for Amaravati development.

With the World Bank dropping the loan proposal, CRDA officials are unclear over the fate of the AIIB component.