The woman hit the constable with her footwear for recording their traffic violation while the four others thrashed him. 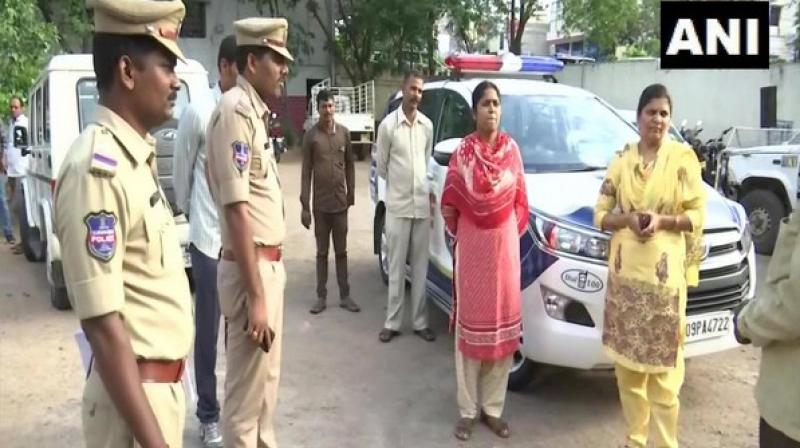 Hyderabad: A local TRS woman leader was arrested for allegedly smacking a constable with her footwear for recording a traffic violation by her family members, police said on Friday.

Telangana Rashtra Samithi (TRS) Moula Ali Women Joint Action Committee President and ward member Syed Mohmooda Begum was booked for beating Traffic Constable Mohd Mujaffer along with her husband and three members of her family on Thursday, according to a release.

The constable noticed three people riding a motorcycle and he recorded the traffic violation on a department-issued camera, it said.

The release said on seeing the constable record the violation, one of the riders of the two-wheeler abused Mujaffer and left.

Then after 15 minutes, they came with their family members--Begum and her husband -- and slapped Mujaffer, the release said.

The woman hit the constable with her footwear for recording the incident while the four others thrashed him, it said.

She told the constable that she was the Moula Ali area division ward member and forcibly took away the department-issued camera, the release said, adding that they left after threatening him of dire consequences.

Based on a complaint by the constable, police registered case under various sections of the Indian Penal Code (IPC), including 332 (voluntarily causing hurt to deter public servant from his duty), and apprehended the accused.