India   All India  19 Jul 2019  Priyanka to tour UP, urges CM to security at minimum
India, All India

Priyanka to tour UP, urges CM to security at minimum

The Gandhi family scion had entered politics in January with the Congress appointing her general secretary for Uttar Pradesh East. 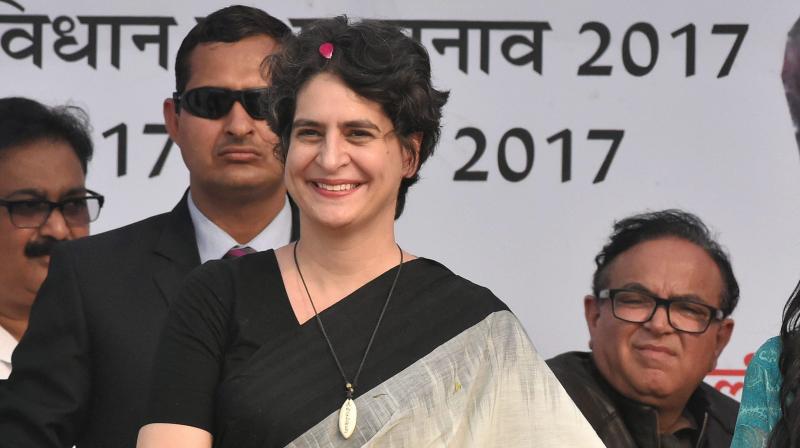 New Delhi: Amid speculation that Priyanka Gandhi has taken charge as the general secretary of entire Uttar Pradesh following the resignation of her western UP counterpart Jyotiraditya Scindia, the Congress leader would tour the state in a week’s time. Ms Gandhi-Vadra also made her aspirations to remain in politics clear when she said that Nelson Mandela was her inspiration to join politics.

“To me, he was Uncle Nelson (who told me I ought to be in politics long before anyone else did!). He will always be my inspiration and my guide,” she tweeted remembering the former South African President on his 101st birth anniversary.

She said the world misses men like Mandela more than ever today. His life was a testament to truth, love and freedom, Priyanka Gandhi said.

The Gandhi family scion had entered politics in January with the Congress appointing her general secretary for Uttar Pradesh East. However, the Congress’ near rout in the Lok Sabha polls led to her brother Rahul quitting the Congress President’s post putting a big question mark over the Nehru-Gandhi family’s continuation at the helm of the party.

Though, there has been clamour within the party specially from Uttar Pradesh leaders for Priyanka to replace him as the Congress President despite Rahul Gandhi as well as Sonia Gandhi have ruled it out.

However, following the resignation of Mr Scindia, who had been anointed General Secretary in-charge of Western Uttar Pradesh along with her, there was speculation  that she would be taking charge of the entire state and her tour possibly next week would set things clear.

On her part, Ms Gandhi Vadra has written a letter to Uttar Pradesh chief minister Yogi Adityanath that there should be no security for her tours which would inconvenience the people.

The Congress Party has been in throes of a bitter power struggle between the old guard and new guard since then. While the younger generation wants a total purge of the older leaders with Rahul at helm, the so-called older leaders want to prevail.