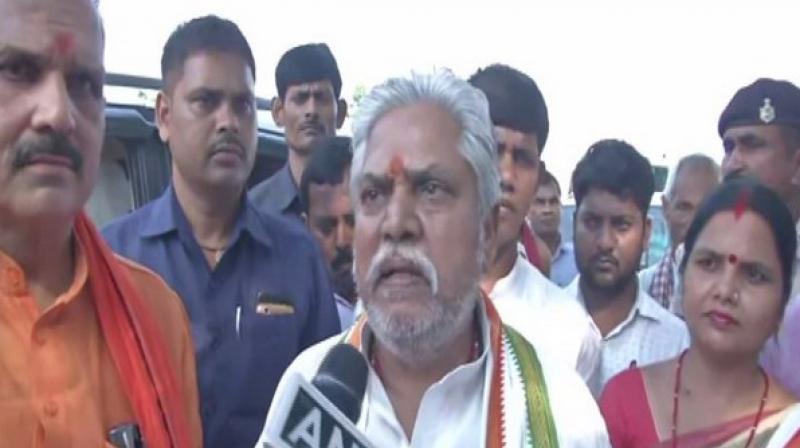 The Chief Minister has also initiated the process of sending cash relief of Rs 6000 directly to the bank accounts of the flood-affected families in the state. (Photo: ANI)

Madhubani: Bihar Agricultural Minister Prem Kumar has called an emergency meeting on Friday to discuss the flood situation in the state.
Several senior ministers will be taking part in the meeting slated to be held at 8 pm here.

"It is a huge crisis, it will take some time to revive everything. However, the state government is looking into the issue very seriously. We are also trying to provide food and other required items to the affected people at the earliest," he added.
Earlier today Bihar Chief Minister Nitish Kumar chaired a meeting with officials at the state Secretariat.

The Chief Minister has also initiated the process of sending cash relief of Rs 6000 directly to the bank accounts of the flood-affected families in the state.
According to Bihar Chief Secretary Deepak Kumar, at least 33 people lost their lives and over 26 lakh people spread over 12 districts have been affected due to the deluge. "221 relief camps have been established and about 1 lakh people are taking shelter in these relief camps. More than 700 community kitchens are being run," he added.