Modi said that the government's priority in the science and technology sector is to apply science to solve our country's problems. 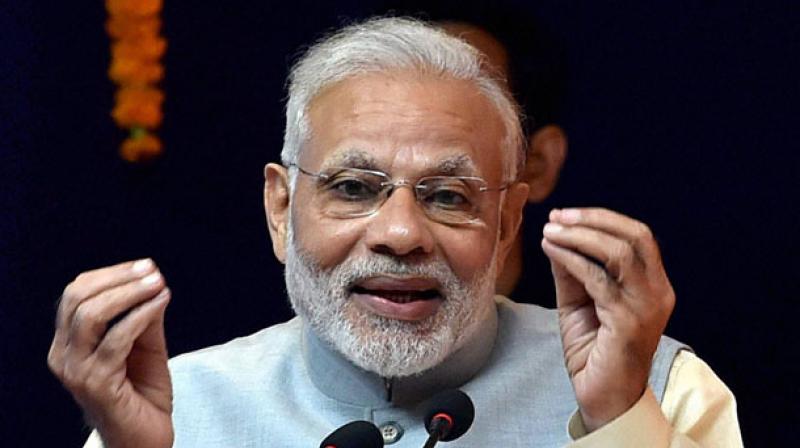 The officials briefed the Prime Minister on progress in various areas of scientific research. (Photo: PTI)

New Delhi: Prime Minister Narendra Modi attended a meeting with top scientific officials of the Government of India and asserted that science, technology and innovation are the keys to progress and prosperity of India.

The officials briefed the Prime Minister on progress in various areas of scientific research.

He said that the government's priority in the science and technology sector is to apply science to solve our country's problems.

While giving the example of talent-spotting in sports, the Prime Minister said that mechanisms should be made to identify the brightest and best science talent among school students.

He said that a lot of innovation is happening at the grassroots level. Urging officials to break silos, Prime Minister Modi strongly emphasised that a mechanism should be formed to document and replicate successful innovations at the grassroot level.

In this context, he also mentioned innovations being done by the defence personnel.

In the agriculture sector, the Prime Minister identified high-protein pulses, fortified foods, and value addition in castor, as priority areas which needed to be speeded up.

As far as the energy sector is concerned, he said that the possibilities of solar energy should be pursued to the maximum and to reduce dependence on energy imports.

Expressing confidence in the abilities of Indian scientists to rise up to the challenges, and provide solutions to improve the lives of the common man in India, the Prime Minister asked the officials to draw up clear targets to be achieved by 2022, the 75th year of independence.