Digital economy: An enabler or disabler?

A few decades since, we have witnessed a lot of such concepts turning into reality, courtesy technology and innovation. 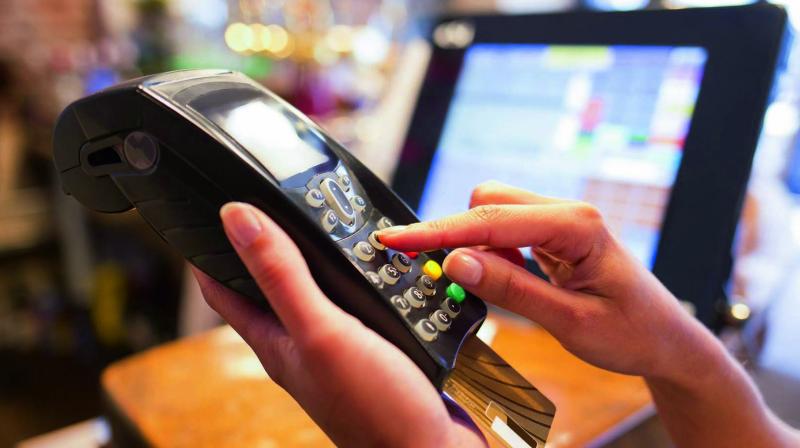 There is a need to understand trends and evolve our policy, action, governance and skills not only in response to developments as they happen, but also before they happen.

The pace at which people are taking to digital technology defies our stereotypes of age, education, language and income,” said Prime Minister Narendra Modi.

Star Wars series showcased some ultra-futuristic concepts, which made us gasp with surprise and downplaying their practicality. A few decades since, we have witnessed a lot of such concepts turning into reality, courtesy technology and innovation. One may easily pass the buck to the transition from analogue to digital and kilometres to kilobytes. Its integration with all economic activities, digital economy as it is called, has indeed made the world flat, apart from enhancing accessibility and affordability of goods and services. Further, stereotypes based on age, caste, creed, race, gender, income, etc., which kept the society disintegrated, could be fading too with technology possibly facilitating societal equality. So is this all happening for good? Will the new world ensure justice and equality and alleviate poverty and hunger? Will it keep the economic engine running? How will the government keep up with the pace of technological disruption? These are some of the key questions that we need answers to.

Tech as catalyst
From businesses to governance and from manufacturing to jobs, everything is increasingly embedding the binary. Tech-savvy consumers have embraced it, as now they can access goods and services, from anywhere and at much lower cost. Lower costs may be attributed to the shrinking of supply chain and higher efficiency in manufacturing and delivery. Prime examples may be drawn from sectors such as finance, urban mobility and commerce.

Seemingly, Herculean task of ensuring financial inclusion has been strengthened with the use of digital platform. While the Pradhan Mantri Jan-Dhan Yojana (PMJDY) programme has already achieved a near complete household coverage, the stats also reflect an unprecedented improvement in women banks linkage. PMJDY, along with the use of Aadhaar and Mobile, JAM as it is referred, can be exceptional in facilitating financial services through formal institutions to last mile consumers.

Similarly, taxi-aggregator model for urban mobility, has garnered praises across numerous geographies and for the time being, seemingly allaying traffic and pollution woes. Elsewhere, e-commerce has shown exemplary growth over the last few years and is expected to be a $80 billion industry by 2020. Another grand success can be seen in healthcare domain. For instance, e-hospital, which is a part of Digital India initiative, has facilitated over 472,000 appointments until November 2016 — a feat that may only be achieved through remote assistance.

Similar things may be said about the massive open online course (MOOC), which offers students free or reasonably priced educational courses or Krishidoot, an informational and market place platform for farmers, and the list can go on.

The key question here is whether our regulatory framework is in step with technology or will it choke the sector and deprive millions from the benefits that technology promises to bring?

Regulatory challenges
New business models, so emerged, do not fit into conventional regulatory scope and the new regulations, thus emerged, have grave implications on these businesses. For instance, taxi-aggregators have found themselves in turmoil because of regressive regulations imposed by few states, despite there being facilitating guidelines on framing optimal regulations. E-commerce players have also been affected by the policies pertaining to FDI, operations (IPR/parallel import, predatory-pricing, excise and custom duties, taxes), payment mechanisms (two-factor authentication), etc. These regulatory/policy hurdles may stifle innovation, which may undo the immense benefits consumers have reaped so far. Thus, the need for optimal regulations becomes highly critical.

Apart from this, to facilitate digital tools and platforms, the telecom infrastructure also needs to be strengthened. This might need a rethinking on use of the Universal Service Obligation Fund (USOF) mandate and creating incentives for the telecom operators to reach out to the last mile. Definite resolution for issues like Net neutrality, IPR, predatory pricing, consumer protection/information disclosure, et al is also imperative. At the same time, we also need to be cognisant about whole new array of challenges that will come along with a fully digital world. Incidentally, it seems that worry has not percolated in its entirety yet.

Future challenges
With everything being digitised, managing data and security-related issues will become extremely critical. The ownership, storage and access to the big data is being fiercely challenged and counter-challenged, not only amongst organisations but geographies. Apart from this, the recent examples of ATM, Jio and Aadhaar information being leaked and even the recent ransomware attack (WannaCry), the critical and confidential consumer data seems to be at threat, both in terms of safety and privacy.

To ensure privacy and security of consumer data, India has been rather trailing behind other countries. Despite all the threats, India does not have separate policies for the two, whereas other parts of the world, such as Europe, already have policies in place. While India is aspiring to become a cash-lite economy by promoting use of digital payments, such threats have kept the high cash usage intact, despite the recent demonetisation move by the government.

That said, another huge challenge for the state would be to limit the impact of digital economy on job creation, which is increasingly under threat due to technology taking over conventional skill sets.

Thus, there is a need to understand trends and evolve our policy, action, governance and skills not only in response to developments as they happen, but also before they happen. It may not be entirely possible at all times but at least the endeavour must be to be agile and flexible when it comes to regulating the economy and disrupting the status quo that can cost us our future. The future is all about evolution where the digital technology may indeed relieve the society of traditional barriers and stereotypes.

The authors work for CUTS International