China has joined hands with Pakistan. It has made full preparation to attack India, he added. 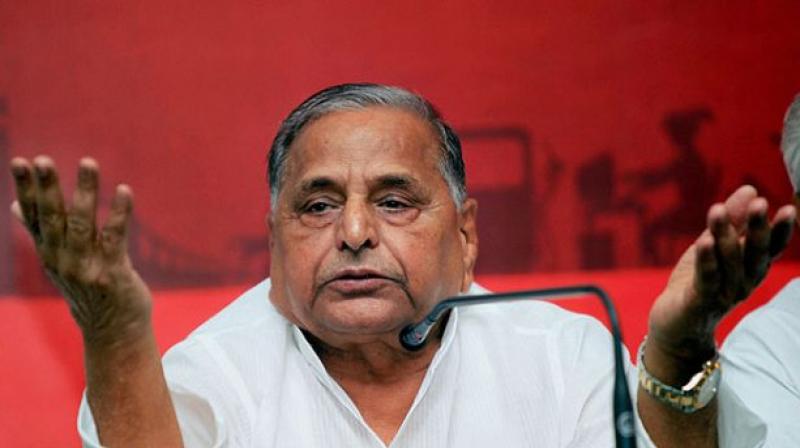 China is our enemy, not Pakistan. Pakistan can do us no damage, Mulayam said. (Photo: File)

New Delhi: Samajwadi Party leader and former Defence Minister Mulayam Singh Yadav on Wednesday claimed that China was ready to attack India in collaboration with Pakistan and asked the government to reverse its stand on the Tibet issue and support its independence.

Raising the matter in the Lok Sabha against the backdrop of tension between India and China, he asked the government to inform Parliament what it has done to meet any likely challenge from the neighbouring country.

"Today, India is facing a big danger from China. I have been cautioning the central government for years. China has joined hands with Pakistan. It has made full preparation to attack India," Mulayam said.

"China is India's biggest opponent. What has the government done? In Kashmir, the Chinese army has allied with the Pak army," Yadav, known for his tough stand on China, said during the Zero Hour.

He also claimed that China had buried nuclear weapons in Pakistan to target India, adding that Indian intelligence agencies "would know better".

Yadav said India's stand on Tibet, a reference to its acceptance that the region was part of China, was a "mistake" and the time has come to support its independence as it had been a traditional buffer between the two big nations.

"China is our enemy, not Pakistan. Pakistan can do us no damage," he said.

It was India's responsibility to protect Bhutan and China was eyeing Nepal, he said.

He also spoke against massive amounts of Chinese goods finding a market in India.