Swamy, who is posted in J&K, said in a video message that his family land in Telangana's Kamareddy district was forcibly taken. 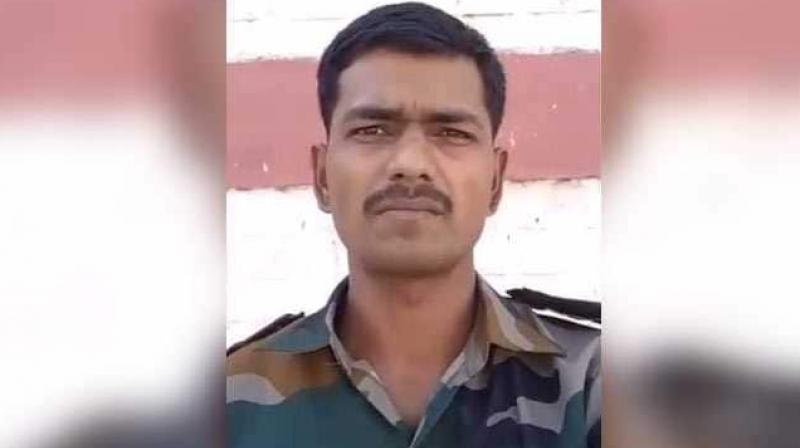 Hyderabad: An Army jawan from Telangana has alleged that six acres of agricultural land belonging to his family has been "encroached" and his parents have been threatened.

S Swamy, who is posted in Jammu and Kashmir, said in a video message that his family land in Telangana's Kamareddy district was forcibly taken.

Responding to the soldier's allegations, Kamareddy district collector N Satyanarayana Tuesday said that he had asked officials concerned to take necessary steps when the soldier spoke about it last month.

After an inquiry, it was found that the land was disputed. District officials wrote to the soldier's father, asking him advising him to approach a civil court for a resolution.

Respected @PMOIndia @nsitharaman @AmitShah This video came as a forward on whatsapp where an army jawan says while he is at border, his 6 acre agricultural land in Telangana is forcefully taken away from his family. Please solve his problem and keep armed forces stress free. 🙏 pic.twitter.com/khA3iqzWKi

In the video, the soldier says: "In our country everyone says Jai Jawan, Jai Kisan, but there is no protection to properties belonging to jawans or farmers. This happened to me today and can happen to you too."

According to the report by the district authorities, there was a dispute on ownership of the land between the soldier's father and another man. He had filed a case in a court in 2016 which gave the order in the man's favour.