Siddaramaiah could be reason behind my suspension from Congress: Roshan Baig

Baig maintained that he does not express regret after making comments in which he had expressed his displeasure about the state leadership. 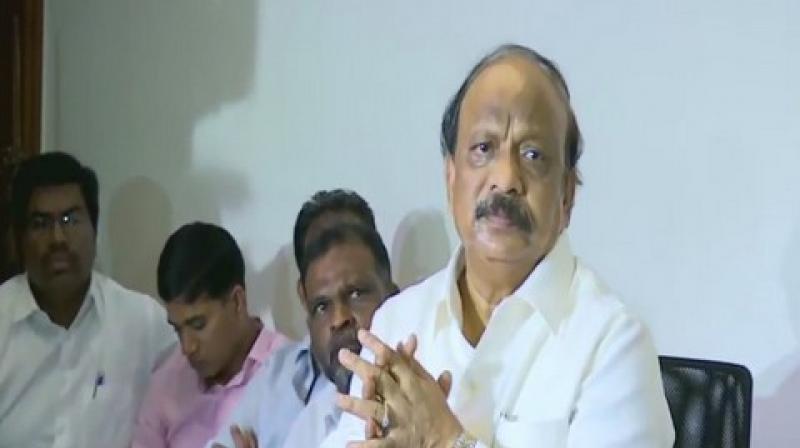 Baig raised a question why the state leadership did not take moral responsibility following Congress's poor show in the Lok Sabha elections when Gandhi had offered to resign as the party president. (Photo: ANI)

Bengaluru: Disgruntled Congress MLA in Karnataka Roshan Baig on Wednesday alleged that he was being targeted, saying that former Chief Minister Siddaramaiah could be the reason behind his suspension from the party.

"It is obvious that I have been targeted by the state leadership. Is speaking the truth a crime? I have the highest regard and respect for Rahul Gandhi. I never criticised him. I am a worker of Indian National Congress, not Siddu (Siddaramaiah) Congress. I had only spoken about the poor performance of the party. Siddaramaiah could be the reason for my suspension from the party," he said.

Baig raised a question why the state leadership did not take moral responsibility following Congress's poor show in the Lok Sabha elections when Gandhi had offered to resign as the party president.

Baig maintained that he does not express regret after making comments in which he had expressed his displeasure about the state leadership.

Asked about his next course of action, Baig said, "I will speak to senior leaders like Ramalinga Reddy, Muniyappa, (Mallikarjun) Kharge and H K Patil. I will speak to them and take a call."

The decision to suspend Baig came after the party office bearers wrote to the Working President of Karnataka Congress, Dinesh Gundu Rao, demanding his dismissal from the primary membership over his alleged connection with IMA Ponzi scam's main accused Mohammed Mansoor Khan.

"All India Congress Committee has approved the proposal sent by KPCC to take action against R Roshan Baig, MLA, on account of his anti-party activities. He has been suspended from the party with immediate effect, on the basis of an inquiry conducted into the matter," Karnataka Pradesh Congress Committee (KPCC) had said in a statement yesterday.

The office bearers also urged Rao to take stringent action against those people who have helped Mansoor Khan in the financial fraud case.

The development comes days after Khan, who is the founder of the IMA Jewels, accused Baig of taking Rs 400 crore from him and not returning the money. Baig, however, has refuted the allegation and termed it as a "total conspiracy."