According to the police, the group of people lost their cool over rape of a 4-year-old girl. 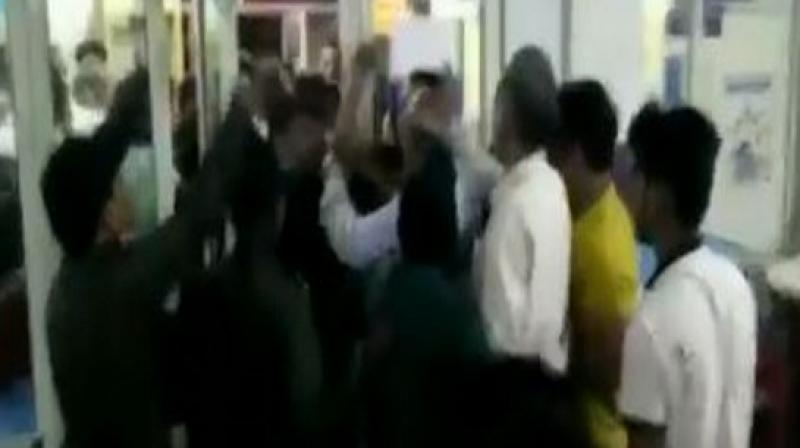 The minor was brought in the hospital for treatment after she was allegedly raped by a 45-year-old man in Bawana area earlier on Tuesday. (Photo: ANI )

Bawana: A day after junior doctors in Kolkata called-off their strike over violence against doctors, locals created ruckus inside the premises of New Delhi's Maharishi Valmiki Hospital here.

According to the police, the group of people lost their cool over rape of a 4-year-old girl.

The minor was brought in the hospital for treatment after she was allegedly raped by a 45-year-old man in Bawana area earlier on Tuesday.

Reportedly, certain medical tests were needed to be done. But the medical emergency services department gets closed after 4 PM. Owing to the unavailability of services the hospital referred the patient to a Dr BSA Hospital, which was 8-10 km far from the spot. The decision riled up the locals, who went berserk and ransacked the furniture and other properties. The situation turned so violent that the staff had to run to escape the angry mob.

Soon after the incident was reported, police immediately reached the spot and brought the situation under control.

"Some people gathered and created ruckus over rape of a 4-year-old girl. However, the situation was brought under control," police said

The accused has been arrested and a case under the Protection of Children from Sexual Offences Act (POSCO) and other relevant sections of the Indian Penal Code has been registered, police said.

This incident comes after the junior doctors called off their week-long strike on Monday night after West Bengal Chief Minister Mamata Banerjee assured them to take necessary steps to ensure safety of the doctors in government hospitals in the state.

The medicos were protesting against the assault on two of their colleagues by the family of a patient who died at the NRS Hospital and Medical College.