India   All India  19 Jun 2019  Do not forget the valiant Chhatrasal, Bundelkhand’s very own ‘Lion King’
India, All India

Do not forget the valiant Chhatrasal, Bundelkhand’s very own ‘Lion King’

The most powerful of these concern its greatest hero who fought the Mughals, allied with the Peshwa and set up a kingdom of his own. 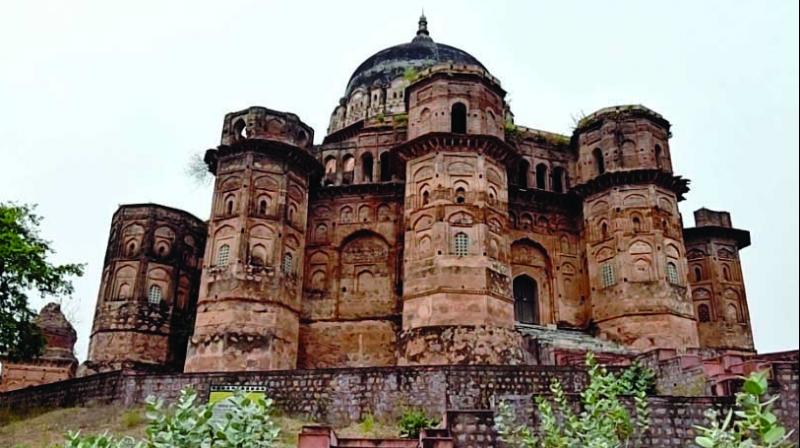 The Bundelkhand region of the state of Madhya Pradesh is among the most interesting areas in India. Dotted with splendid monuments, scenic rivers, medieval palaces and temples — each area is full of legendary stories about people. Among the most famous names is that of  Maharaja Chhatrasal who is counted among other greats such as Chatrapati Shivaji and Maharana Pratap. “Veer Chhatrasal” a name that he is often referred by, is considered the bravest fighter that the Mughals faced in the region. For movie fans who have seen the block-buster film, Baji Rao and Mastani, he will be even more interesting as Mastani was his daughter, from his Persian wife Ruhaani Bai.

Bundelkhand Kesri Maharaja Chhatrasal (May 4, 1649-December 20, 1731), was a Bundeli warrior who chose to turn against Mughal Emperor Aurangzeb and establish his  own kingdom in Bundelkhand. Born in Kachar Kachnai (present day Tikamgarh District) to Champat Rai (a descendent of Rudra Pratap of Orchha) and his wife Lal Kunwar, Chhatrasal raised the banner of revolt against the Mughals in Bundelkhand . His bravery was acknowledged by all when at the early age of 22, he managed to scare a team of Mughal soldiers away with his army of just 5 horsemen and 25 swordsmen. During the first ten years of his revolt he conquered a large tract of land between Chitrakoot and Panna on the east and Gwalior on the west. His domain stretched from Kalpi in the north to Sagar, Garah Kota and Damoh in the south.

In the years that followed, Chhatrasal kept up a nonstop war against the Mughals in Bundelkhand. He was highly respected for his independent spirit, sense of honour, love for his land and people. He finally managed to carve out an independent state of his own with its capital at Panna. In a last desperate attempt the famous Pathan warrior Muhammad Khan Bhangash was sent with his fighters in 1730. The now aged Chhatrasal, with his sons and warriors and with the help of the Maratha Peshwa Baji Rao I, won a final victory over the Mughals in 1730. As a sign of his appreciation, Chhatrasal gave his beautiful daughter Mastani as a bride to Baji Rao. Later when Chhatrasal passed away in 1731, at the ripe old age of 81 years, bequeathed the area known as Mahoba and its surroundings to his son in law Baji Rao I, in return for his assistance against the Mughals.

To learn more about Bundelkhand, one should make a visit to the Maharaja Chhatrasal Museum, located at Dhubela on the Chhatarpur-Nowgaon highway — just 15 km from Chhatarpur and 62 km from Khajuraho. Popularly known as Dhubela Museum, the museum is located in a palace built by Maharaja Chhatrasal on the banks of the Dhubela Lake. The museum inaugurated by Prime Minister Jawaharlal Nehru in 1955, has a rich collection of artefacts from ancient as well as more recent eras.  Here one can learn about the history, development and decline of the famous Bundela dynasty of Khajuraho.

The museum has eight galleries, displaying inscriptions, plates, sculptures, paintings, arms and armours etc. The museum houses a wide range of sculptures of the Shakti cult. The first two galleries exhibit belongings from the Gupta and Kalchuri dynasties. Next is the Jain Gallery that features beautiful artwork like images of Rishabhnath, Gomedh Ambika, Sarvatobhadrika and Chakreshwari. The Shaiva and Shakti galleries are known for sculptures that reflect Chandela and Kalchuri arts. The highlights of these galleries are the images of Suryaputra Revanta, Ekmukhlinga and Gajasurvadh.

Among the treasures found here is the splendid portrait of Mastani. Besides the other theme based paintings there are those related to the emperors of Rewa, Panna and Charkhari. Other galleries have a large collection of royal garments, weapons and artefacts used by the Bundela king s through the ages.

The museum is surrounded by picturesque ruins of the kingdom of Maharaja Chhatrasal.  The royal chhatris and a large fort are in ruins, but there is a lovely lake that creates splendid  views for photographers.  The Cenotaph of Maharaja Chhatrasal, is considered a very important historical monument from the view of Bundeli architecture. The building is often referred to as the Chhatrisal Maqbara. Among the other monuments worth seeing include the Maharani Kamlapati Cenotaph, the Sheetal Garhi, the Mahoba Gate and Sri Krishna Pranami Mandir. 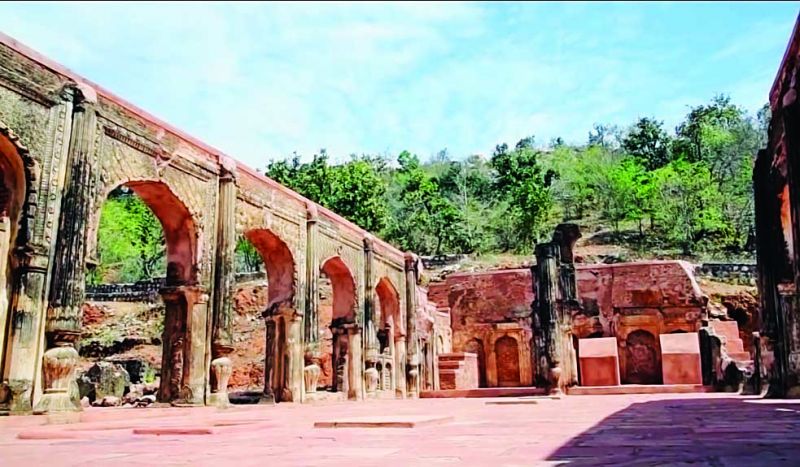 The royal family has continued to live in Chhatarpur — at present H H Vikram Singh and his family occupy the royal residence. Quite recently, the wedding of Princess Trisha Kumari Singh of the erstwhile royal family and H.H. Yaduveer Krishnadatta Chamaraj Wadiyar of Mysore, was celebrated in a lavish traditional ceremony that retained all its traditional rituals. Over 2,000 VIPs from across the country were invited for the grand reception held in the Durbar hall the Mysore Palace.