BJP ideologues in UP school books

Other chapters that are included in the syllabus are the life histories of freedom fighters. 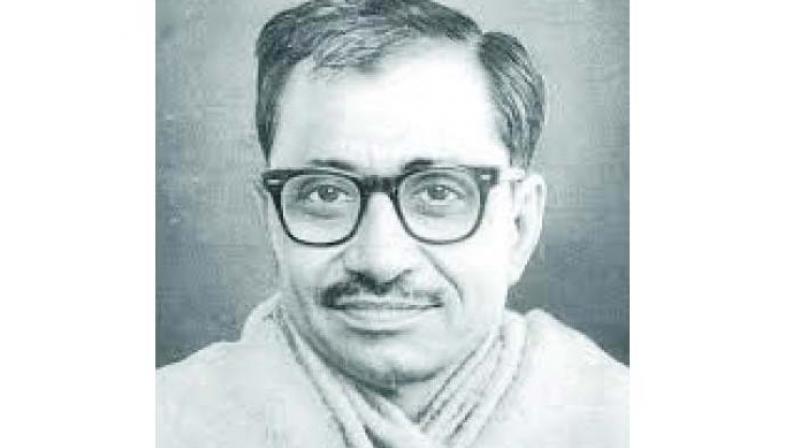 Lucknow: BJP ideologues Shyama Prasad Mukherjee and Deen Dayal Upadhyaya, along with Nath sect saints like Baba Gorakhn-ath, Baba Gambhirnath and Swami Pranavan-anda, will now be a part of the syllabus for children in Class 6 to 8 in Uttar Pradesh.

UP CM Yogi Adityanath belongs to the Nath sect and heads the Goraksh Peeth in Gorakhpur.

Bhupendra Narain Singh, the basic education officer in Gorakhpur, told reporters that “the biographies of Baba Gorakhnath, Baba Gambhirnath and Swami Pranavananda and others will be taught to students. Guru Gorakhnath is part of curriculum of Class 6 book ‘Mahan Vyaktitva’ (great personalities)”.

Besides the three saints of Nath Sect, the life history of BJP ideologues Shy-ama Prasad Mukherjee and Deen Dayal Upadhyaya has also been included in the school books from Class 6 to 8.

Other chapters that are included in the syllabus are the life histories of freedom fighters like Sha-hid Babu Bandhu Singh, Rani Avanti Bai and warrior brothers Aalha-Udal.

There is also Quick Response (QR) code on each chapter of the new books. After scanning the code, students can get information about the chapter on mobile phones, the basic education officer said.

He said that the revised text books will be available for distribution immediately after the summer vacations.

According to the official, the chief minister  had directed the officials of Basic Education department to include chapters on lifespan of “great people” in the text books so that students could know about them.