All 18 MLAs will withdraw court case

Mr Tamilselvan said the byelection should be held immediately after he withdraws the case. 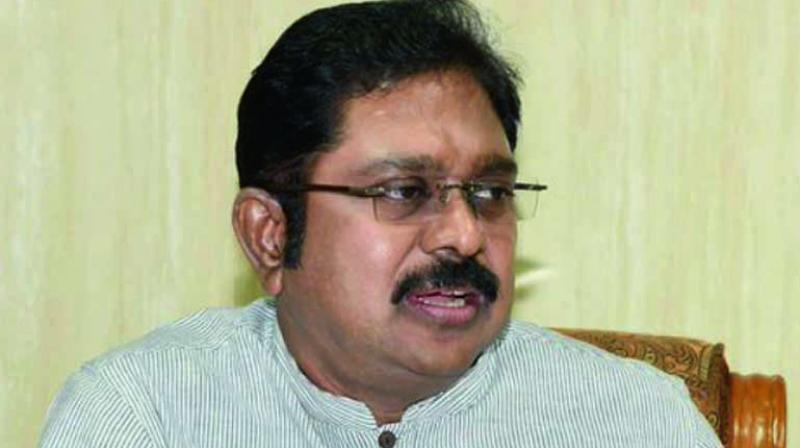 Chennai: Disqualified MLA and T.T. V. Dhinarakan’s loyalist Thanga Tamilselvan reiterated that all the 18 disqualified legislators would withdraw their case challenging the Speaker’s order disqualifying them in court and seek people’s mandate again.

“We are firm on seeking fresh mandate from people after withdrawing the case in court. We will fight on AMMK symbol, though we are still AIADMK members. Our aim is to retrieve AIADMK’s two leaves symbol,” he said at Andipatti in Theni district on Monday.

He claimed that he had the backing of the people of his constituency in facing the poll again and said they “have accepted my decision.” “They said in case I am unable to contest, then I should face the battle legally. But as we didn’t commit any mistake, we have decided to withdraw the case and fight the polls,” he said, adding that he would consult the people of his Andipatti constituency again in a day or two.

Mr Tamilselvan said the byelection should be held immediately after he withdraws the case. And he would highlight this demand by ensuring about three lakh persons stage an agitation in Andipatti.

While the MLA continued to maintain a defiant stand, Tamil Nadu CM and AIADMK joint coordinator Edappadi K. Palaniswami on Monday told reporters in Tiruchy he was not aware of any development over the disqualified MLAs coming back to the fold.