The infant's father said, the hospital staff had declared the baby dead, sealed the body in a pack and handed it over to them for burial. 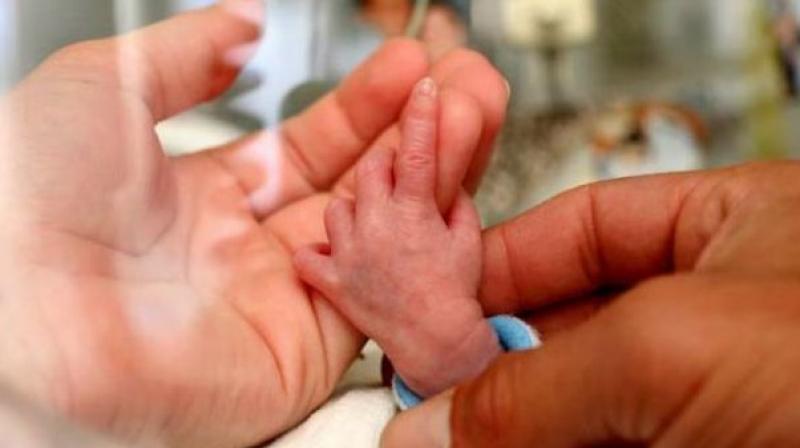 Safdarjung Hospital authorities have ordered an inquiry into the matter. (Photo: PTI/Representational)

New Delhi: In a shocking case of negligence, a newborn was allegedly declared ‘dead’ by the staff of a central government hospital on Sunday but was found to be alive just before the infant was to be buried.

A police officer had earlier said the baby died but later claimed that there was another case in the hospital and that it was a case of mistaken identity.

The baby is alive, the officer, who did not want to be named, said. The incident occurred at Safdarjung Hospital when a resident of Badarpur delivered a baby this morning.

The nursing staff apparently failed to find any sign of breathing.

"The doctor and the nursing staff declared the baby dead and sealed the body in a pack, labelled it and handed it over to us for burial," said Rohit, the father of the child.

As the mother's condition was not stable, she remained in the hospital while the father and other family members took the body and went home, making preparations for the burial.

But then Rohit's sister suddenly felt some movement in the pack and when they opened it, they found the baby breathing and moving its limbs.

Immediately a PCR call was made and the baby was rushed to Apollo Hospital from where it was shifted to Safdarjung.

The shocked parents have approached the police regarding the case. "How can they be so irresponsible and declare a baby, who is alive, as dead? If we had not opened the sealed pack in time, my baby really would have died and we would never have come to know the truth. This is a gross negligence on part of the hospital and the guilty should be punished," Rohit said.

Safdarjung Hospital authorities have ordered an inquiry into the matter.

"The woman had delivered a baby 22-weeks-old premature baby. As per WHO guidelines, babies born before 22 weeks and weighing less than 500 gms do not survive and are not considered as deliveries. The baby was motionless without any cry or respiration after birth. We have ordered an inquiry to find out whether it was checked properly if the baby was alive or not before being declared dead and handed over to his parents," said A K Rai, Medical Superintendent at Safdarjung Hospital.

According to another doctor, such babies are kept under observation for about an hour before being declared dead.