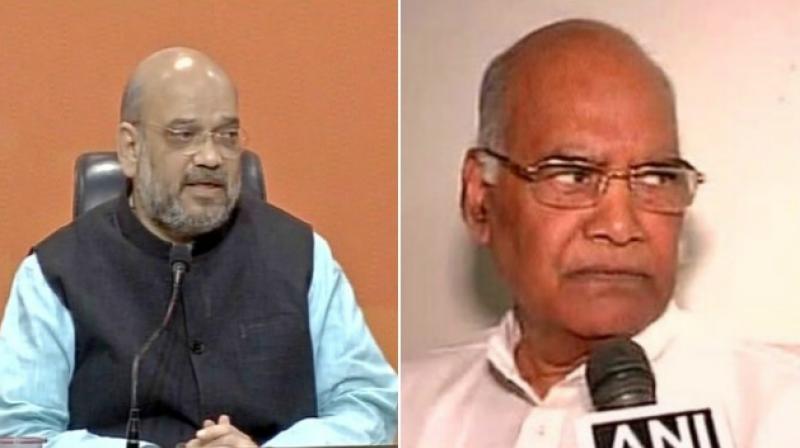 “PM has personally spoken to Sonia Gandhi ji, Manmohan Singh ji and everyone has been informed about the decision,” he added.

Kovind is a Dalit leader who has been Bihar’s governor for three years, since the beginning of Modi’s tenure. Hailing from Uttar Pradesh, Kovind has been elected as a Rajya Sabha MP twice, in 1994 and 2000. He is likely to file his papers on June 23, BJP President Amit Shah said after a nearly 2-hour meeting of the BJP Parliamentary Board.

Notably, if elected Kovind will be the second Dalit president after KR Narayanan.

However, the BJP chief said that they were yet to decide on a name for the post of vice-president.

The BJP Parliamentary Board's met to decide the presidential candidate at party headquarters with Prime Minister Narendra Modi and other senior leaders present.

The Board members were briefed about the consultation undertaken by a three-member party committee with allies and opposition parties.

The committee members include Union ministers Rajnath Singh, M Venkaiah Naidu and Arun Jaitley, who are also the members of the Board.