India   All India  19 May 2021  'Congress toolkit' circulated by BJP is a fake, says Congress
India, All India

'Congress toolkit' circulated by BJP is a fake, says Congress

The party has written to the Delhi police and demanded that an FIR be lodged against BJP president J.P. Nadda 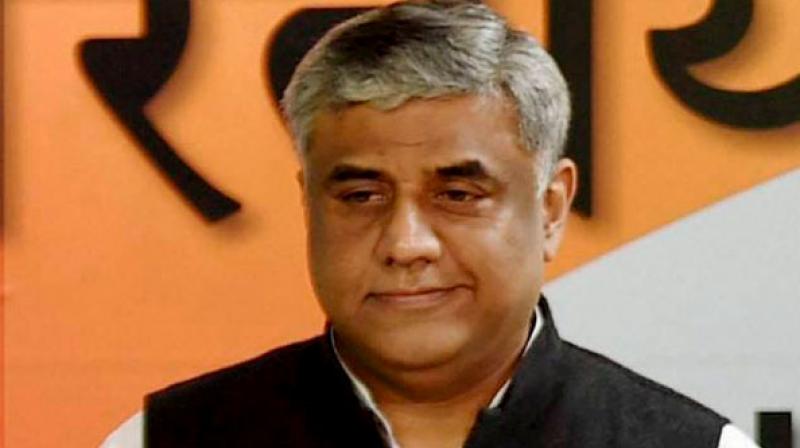 New Delhi: The Congress on Tuesday attacked the BJP for allegedly circulating a fake document and terming it as a Congress “toolkit”. Congress leader Rajeev Gowda said the saffron party was propagating a fake toolkit on Covid-19 mismanagement and attributing it to the AICC research department. The party has written to the Delhi police and demanded that an FIR be lodged against BJP president J.P. Nadda, Union minister Smriti Irani and party leaders Sambit Patra and B.L. Santosh for sharing a “forged document”. Congress leader and lawyer Aman Pawar said: “We have submitted our complaint to the police and demanded arrests. If the police doesn’t register an FIR, we will move court.”

Claiming to have accessed a “toolkit” sent by the Congress to its leaders and workers on how to “defame” Prime Minister Narendra Modi and the Centre over Covid management, the BJP shared the document on the social media Tuesday with the hashtag “#CongressToolkitExposed”, and accused the Congress of maligning India’s image, “commercialising” the global pandemic for political opportunity, and whipping up communal frenzy during the crisis.

Leading the attack, Mr Nadda said: “Dividing society and spewing venom against others… The Congress is a master at this. India is seeing Congress’ antics, while the nation is fighting Covid-19. I would urge the Congress to go beyond toolkits and do something constructive.”

Ms Irani said: “My country, our country is at war with a virus. I can understand the Opposition would want to attack the government. But to singularly commercialise it as a political opportunity and deal in death… I never imagined the Congress was capable of such a low.”

The document had claimed the situation was an “opportunity to destroy” the PM’s “image and erode his popularity”.