PM Modi offered prayers at Kedarnath, a day after campaigning for the LS polls came to a close. 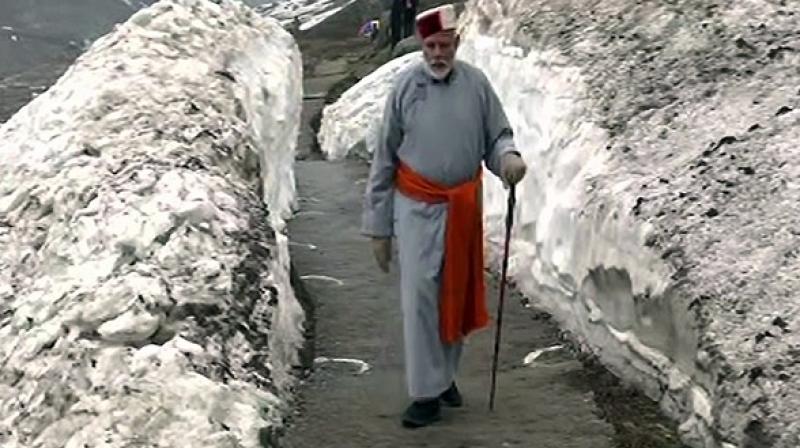 PM Modi offered prayers at Kedarnath, a day after campaigning for the LS polls came to a close. (Photo: ANI)

New Delhi: The Trinamool Congress (TMC) on Sunday wrote a letter to Election Commission of India (ECI) and asserted that the wide-scale of media coverage of Prime Minister Narendra Modi's visit to Kedarnath is a violation of Model Code of Conduct (MCC).

'Election campaign for the last phase of polling for Lok Sabha polls is over, surprisingly Narendra Modi's Kedarnath Yatra is being widely covered by the media for the last 2 days. This is a gross violation of the model code of conduct,' read the letter.

Prime Minister Narendra Modi on Saturday offered prayers at the Himalayan shrine of Kedarnath, a day after campaigning for the Lok Sabha polls came to a close.

The Prime Minister ended his 18-hour meditation session inside a holy cave of Kedarnath and headed towards Badrinath temple.

Union Minister Babul Supriyo hit out at TMC for its complaint. On being asked about violence in the state during the Lok Sabha polls, the Union minister said, "Violence is inherited by TMC through CPI (M) and from there it has spread in the state."

"TMC has lost its credibility and if it alleges that BJP is doing violence then people will not believe it. It is fear of losing that TMC is acting in a bizarre manner," he added.

Polling for the seventh and final phase of the Lok Sabha elections began on Sunday in 59 seats spread across seven states and one Union Territory in the country. The counting of voting will begin on May 23.