Total four Indian ships and an anti-submarine aircraft will participate in the weeklong exercise. 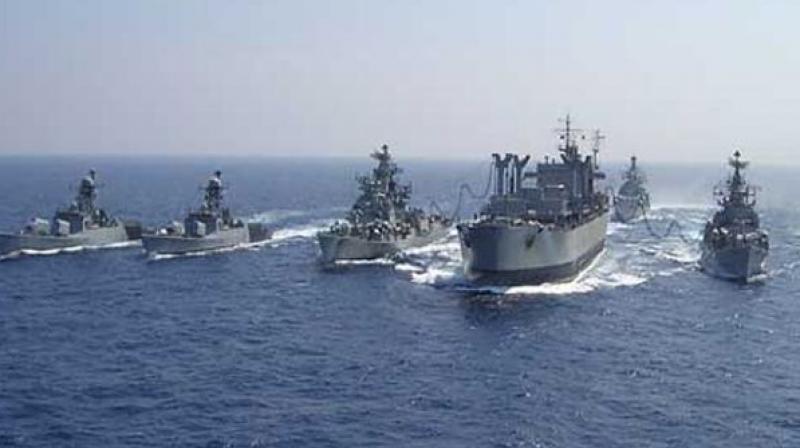 South China Sea has seen a lot of naval activity in recent times with the Chinese Navy’s growing assertiveness in the region. (Photo: Representational Image)

New Delhi: In conformity with India’s ‘Act East policy’ and a concerted effort to enhance the Navy’s outreach, a bilateral exercise between the navies of India and Singapore took off on Thursday in the troubled waters of South China Sea.

South China Sea has seen a lot of naval activity in recent times with the Chinese Navy’s growing assertiveness in the region.

The Singapore Navy is represented by RSN ships Supreme, Formidable and Victory and Maritime Patrol Aircraft Fokker F50 in addition to the RSAF F-16 aircraft.

Simbex is aimed at increasing interoperability between the Indian and Singaporean navies as well as developing common understanding and procedures for maritime security operations.

The current exercise includes wide-ranging professional interactions during the Harbour Phase scheduled from May 18 to May 20 and a diverse range of operational activities during the sea phase to be held from 21 May to 24 May.

The thrust of exercises at sea this year would be on anti-submarine warfare, integrated operations with surface, air and sub-surface forces, air defence and surface encounter exercises.

Besides SIMBEX with Singapore, the Navy exercises with 11 other national navies. The exercises are Malabar (USA and Japan), Indra (Russia), Varuna (France), Konkan (UK), Jimex (Japan), Slinex (Sri Lanka), Ibsamar (South Africa and Brazil), and Ausindex with Australia and Indonesia. Held since 1994, Simbex is the 24th edition of the annual exercise between the two countries.