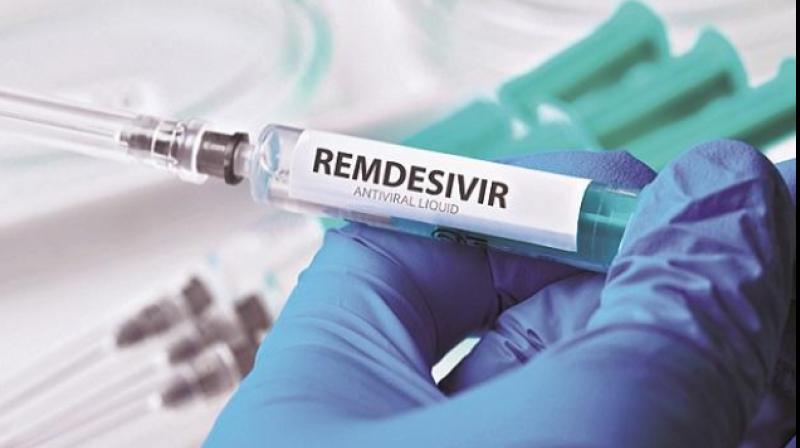 The Mumbai police detained and questioned the director, whose identity has not been revealed, of Daman-based Bruck Pharmaceuticals, after it got information that thousands of vials of Remdesivir used in Covid-19’s teatment were to be flown out of the country. (Twitter)

Mumbai: The conflict between the Maharashtra government and the BJP over the supply of the Remdesivir drug reached a flashpoint after the Mumbai police, in a late Saturday night drama, detained a director of the Daman-based pharma company for allegedly storing a huge quantity of the drug. Furious BJP leaders have accused the state government of harassing the Remdesivir suppliers in the state.

The Mumbai police detained and questioned the director, whose identity has not been revealed, of Daman-based Bruck Pharmaceuticals, after it got information that thousands of vials of Remdesivir used in Covid-19’s teatment were to be flown out of the country.

Denying allegations levelled by the BJP leaders, the police said it only “questioned” the pharma company executive because of rampant black marketing of the drug. The director was questioned for about 45 minutes at the Vile Parle police station.

DCP Manjunath Shinge clarified in a statement: “We had received information from our network that a huge quantity of Remdesivir made in Daman is being stored in Mumbai and will be transported out of the country by air cargo.”

He added: “We all know how important the Remdesivir medicine is for treating Covid patients and it’s a matter of life and death. There is a shortage of this medicine and its export has been stopped by the government. Hence, we acted swiftly and called the owner of the pharma company just to question him about where the medicine has been stored in the city. We acted in good faith for the larger interest of the public.”

DCP Shinge also said the supplier was called for enquiry, that it wasn’t an arrest and he was allowed to go after questioning.

However, the incident turned out to be a high-voltage drama due to the intervention of BJP leaders Devendra Fadnavis and Pravin Darekar, who rushed to the Vile Parle police station late Saturday night and objected to the police action. Mr Fadnavis said: “We have been trying to get Ramdesivir for Maharashtra by reaching out to pharma companies. Four days ago we requested Bruck Pharma to supply us Remdesivir but they couldn't until permission was given. I spoke to Union minister Mansukh Mandaviya and also got the FDA’s permission.”

However, the police claimed the communication from the FDA to the pharma company was not shared with the police station.

Maharashtra Congress chief Nana Patole demanded action against Mr Fadnavis for intervening in the police action against the hoarders of Ramsedivir. “How did Fadnavis as an individual get permission for the storage of the drug? Has the Centre allowed him and the BJP to do the blackmarketing of Ramdesivir?” he asked.

On the other hand, a state FDA official said they were planning to give emergency approval to a few manufacturers for direct sale. The officer said: “Right now it’s in the talks stage. Bruck has not got any marketing approval yet.”