Acting on a tip-off, the police have stepped up security along the border belt of Punjab, particularly Pathankot. 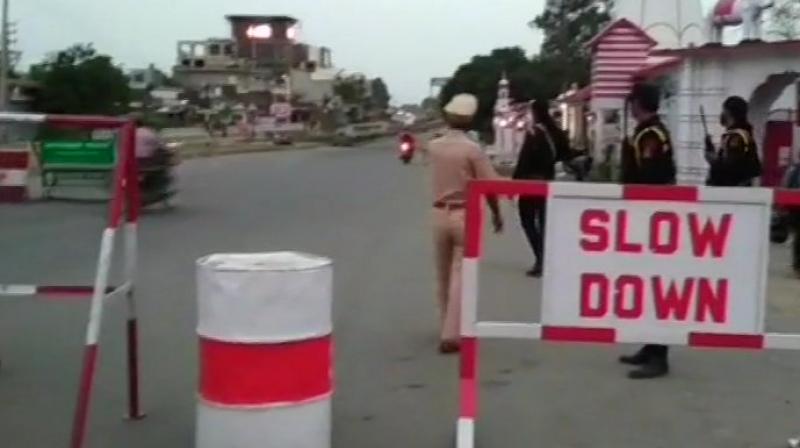 Pathankot: Acting on reports of terrorist movement near the border belt of Punjab, particularly in Pathankot district, security was beefed up and search operations were launched on Thursday morning.

After a tip-off from a local resident, the security forces immediately spread out in large numbers and searched various locations in the region. The ITI building, where the suspects were reportedly spotted, was also thoroughly checked.

Punjab Chief Minister Captain Amarinder Singh said, "We are on top of every issue. There is nothing to worry about it."

We are on top of every issue. There is nothing to worry about it: Punjab CM Captain Amarinder Singh on reports of suspicious movement being detected in #Pathankot pic.twitter.com/P6VEpxHKfN

The incident took place when a group of suspicious men stopped a Maruti Alto car belonging to a Maskin Ali late on Sunday night asking for a lift.

He said, "Some men claiming to be from the Army asked me for a lift. I let them in but soon realised they weren't army men. As we tried to escape they attacked us, during our tussle they fled with my car."

Ali, later on, informed the Punjab Police about the same after which the search operation was launched.

Talking to ANI, Inspector General Border Zone SPS Parmar said, "There were such inputs since past three to four days that some suspicious movement has been spotted. We reacted accordingly but till now nothing substantial has been found. We are collaborating with other agencies too and the search is on."