India   All India  19 Apr 2018  Dalits to demand quota in judiciary
India, All India

Dalits to demand quota in judiciary

Nationwide agitations are expected to be launched on August 9. 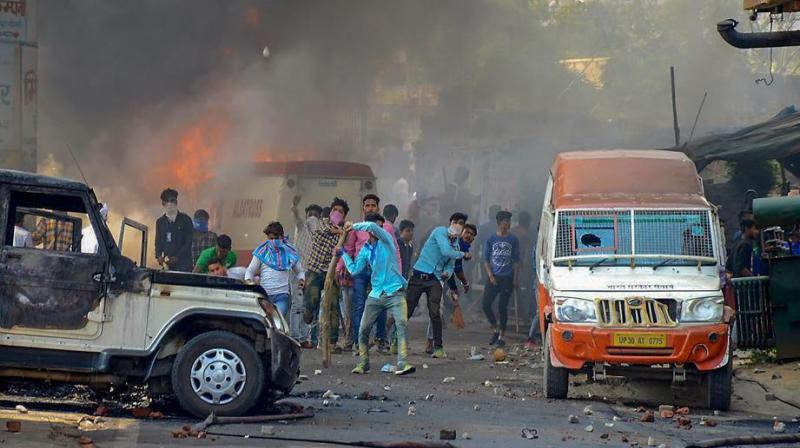 Dalits make a substantial portion of the vote bank across the country and it is the shift of this vote which analysts say helped the BJP cross the majority mark in 2014. (Photo: PTI)

New Delhi: After the massive success of the April 2 Bharat Bandh to protest the Supreme Court-mandated dilution of the SC/ST atrocities Act, Dalit groups are now all set to ramp up their agitation against the BJP government with a demand for reservation in judicial services.

Sources said that Dalit organisations across the country plan to launch a pan-India agitation from Quit India Day on August 9 till August 15 with a demand that the Prime Minister make his commitment for a quota in Judicial services in his Independence Day speech from the Red Fort.

At a joint Press Conference held last week, ‘Dalit Shoshan Mukti Manch’, an Umbrella body of Dalit organisations from across the country, had said that the government should bring in an ordinance to overturn the dilution of the Prevention of Atrocities against SC/ST Act.

Leaders of these organisations, however, told this newspaper later that they were certain that in case the Supreme Court order was not favourable, the Modi-government would address the issue in the monsoon session to prevent political losses. Hence, the Dalit groups would launch a new agitation demanding reservation in the Judiciary to prevent any such “casteist” action by the Supreme Court in the future, the sources said.

“The Judiciary is the only arm of the government which does not have reservation in its services and it is now time that this happens,” Dalit activist Ashok Bharti said adding that the judiciary as of now is not representative of the social demography of the country. Following the March 20 order of the Supreme Court in the SC/ST atrocities case and the subsequent Bharat Bandh on April 2, many Dalit ministers in the Union Cabinet, including Ram Vilas Paswan and Ramdas Athawale, have weighed in on the government to file a review petition in the Apex Court.

Dalits make a substantial portion of the vote bank across the country and it is the shift of this vote which analysts say helped the BJP cross the majority mark in 2014.

Opposition parties looking for a pie in the Dalit vote have also been up in arms over the SC order and have questioned the Centre’s delay in filing the review petition in the Supreme Court. It might be recalled Opposition parties, led by Congress, are contemplating moving an impeachment motion against CJI as four senior most judges had held a press conference questioning the CJI’s role as the master of roster.