The project is being delivered in partnership with Ashoka University, India’s leading liberal arts and sciences university. 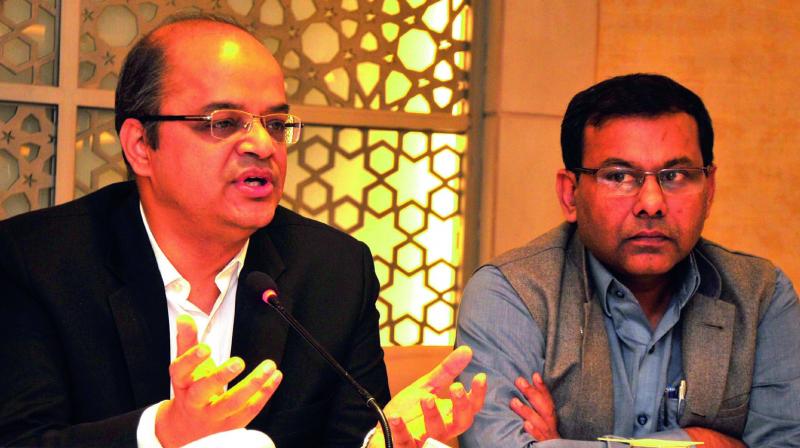 The Haryana Chief Minister’s Good Governance Associates (CMGGA) programme, now in its third year, has called for applications for new associates based on the ongoing success of the project at the district level. The CMGGA programme is a strategic collaboration between Haryana government and Ashoka University under the aegis of chief minister Manohar Lal Khattar to train and facilitate the most promising and passionate young men and women of the country to work with the state machinery and tackle some of the complexities that face the country today.

Dr Rakesh Gupta, additional principal secretary to the chief minister, speaking at the event, said: “The programme combines youth and academia to create momentum and intellectual feedback from the ground level at the CM’s office. The associates bring perspectives and ideas for implementation and pilots. Ashoka University has been a knowledge partner and has helped in designing the programme, research and documentation.”

The project is being delivered in partnership with Ashoka University, India’s leading liberal arts and sciences university. Vineet Gupta, founder and trustee of Ashoka University, said: “The CMGGA programme is an opportunity for young students to experience public life with the chance to work with the government. These young students are fresh out of college, fearless and willing to speak their minds to create maximum impact in their one year with the programme.”

Designed as an experiential programme, CMGGA aims to recruit young men and women to work with the district administrations in Haryana as representatives of the chief minister of the state. After a two-week intense training period, the associates are posted in each of the 22 districts of Haryana for a 12-month period, where they represent the chief minister’s office and work closely with the deputy commissioners and district officials. The associates work on statewide work modules as a cohort as well as smaller district-level projects. They interact regularly with the chief minister, directly presenting to him their work and recommendations for impact across different government schemes and departments, and drive impact at the highest and lowest levels of the government. Some of the projects include setting up the District Library Society (Jind), the Smart attendance Project in Panipat — to reduce parent-school informational gap by increasing frequency and efficiency of communication between school and parents, Project Flame in Ambala — to end stigma with sanitary pad disposal and installing incinerators, Modernisation of Record Rooms in Sonepat — by creating a holistic universal software through the modernisation of all 22 record rooms using software-based application and infrastructure and the KVIs project in Jhajjar to help artisans combine their skills with 21st century skills and to connect their traditional skill-based business with the outside world, strengthen the Mitti-Kala board, increase income for potters and promote indigenous industries in Haryana.

Applicants to the CMGGA programme must have completed their undergraduate degree from a recognised university and have at least one year of work experience or have a postgraduate degree or diploma in any discipline. Applicants must not have crossed 28 years of age on July 1, 2018, and must have a high proficiency in both Hindi and English, with ability to read (government notices) and write in both languages. Applications will be accepted till April 15, 2018.