Posco to return land to Odisha 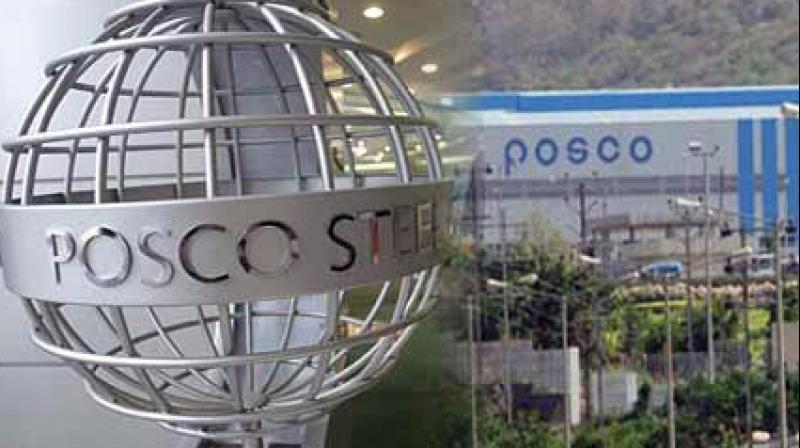 Posco had planned to invest Rs 52,000 crore on the project in Odisha’s Jagatsinghpur district.

Bhubaneswar: South Korean steel major Posco has asked the Odisha government to take back a 2,700 acres site in Paradip where it planned to set up a 12 million-tonne integrated steel project, Odisha industry minister Debi Prasad Mishra told the state Assembly on Saturday.

Posco had planned to invest Rs 52,000 crore on the project in Odisha’s Jagatsinghpur district, which would have been the largest foreign direct investment by a single firm in India at that time.

The FDI would have surpassed even the UK’s Vodafone Plc paying $10.9 billion for a 67% stake in Hutchison Whampoa Ltd’s mobile telephony business in India in 2007.

The state government-run Industrial Infrastructure Development Corp. had acquired the site on behalf of the industries department from 2008-10 for the proposed project, Mr Mishra said.

Odisha then sent a letter to Posco’s headquarters in South Korea, asking it to clear Rs 82 crore towards cess.

“In its reply, Posco has said the company is not interested in taking possession of the acquired land and paying the remaining amount. The company requested the Odisha government in the letter to take back the acquired land,” Mr Mishra said.

In the letter, Posco cited its failure to start work on the proposed steel plant in Paradip, as required by the lease agreement, the minister said.

He said chief minister Naveen Patnaik had approved a proposal made by the industries department to keep the 2,700 acres acquired for the Posco project under the IDCO land bank.

Posco in June 2005 signed a memorandum of understanding for setting up the project. However, delay in land acquisition, resistance from locals and the state government’s inability to ensure assured raw material supply to the project became major bottlenecks.

At least two people were killed and several injured, including police personnel, in protests during different phases of the project.