Parliamentary panel feels that the Aayog should focus on resolving inter-state disputes and community related conflicts. 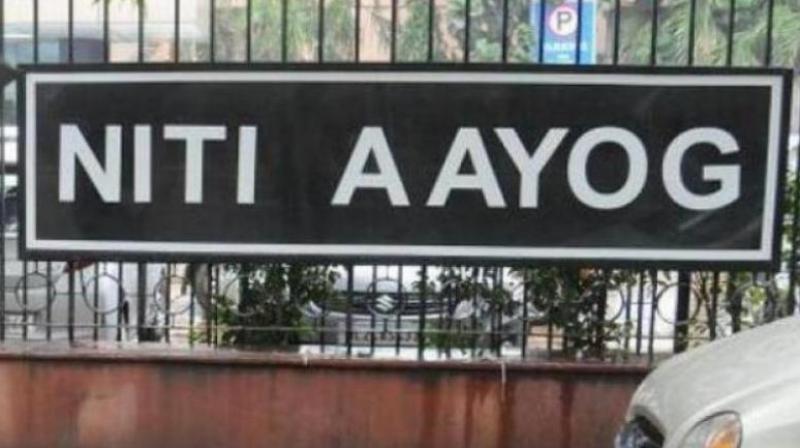 The much-hyped Atal Innovation Mission (AIM) and Self-Employment and Talent Utilisation (SETU) schemes, which are the brainchild of the Niti Aayog, have failed to use up the funds allotted to them under the Union Budget.

New Delhi: Two years after the Niti Aayog was carved out from the Nehruvian-era Planning Commission, there has been no concrete outcome of the various initiatives which it has launched since January 2015, according to a high-level Parliamentary panel.

The Parliamentary Standing Committee on Finance has asked Niti Aayog to focus more on results and outcome as well as concretisation of well-conceived ideas.

It has suggested to the government that the present role and mandate of Niti Aayog should be simplified with more clarity about its assigned role and functions. The panel feels that the Aayog should focus on resolving inter-state disputes and community related conflicts.

Advising Niti Aayog to function as an effective think tank guiding the government as well as states in policy making and shaping policies and schemes, the high-level panel has made these observations in the light of the fact that some of its major schemes have not been able to utilise their budgetary allocations.

The much-hyped Atal Innovation Mission (AIM) and Self-Employment and Talent Utilisation (SETU) schemes, which are the brainchild of the Niti Aayog, have failed to use up the funds allotted to them under the Union Budget.

Both AIM and SETU were allotted Rs 150 crore and Rs 1,000 crore respectively in the 2015-16 Union Budget. However the actual expenditure under these schemes have been consistently lower than the budgeted expenditure, the committee has noted its report which was presented to Parliament last week.

These schemes had been envisioned as an innovation promotion platform as well as a technical, financial, incubation and facilitation programme to support self employment initiatives, especially start-ups.

However owing to lack of detailed guidelines and ongoing consultations with various stakeholders, have led to under utilisation of budgetary funds for the two schemes, the committee has noted.

In this scenario, the committee felt that “although various initiatives seem to have been launched by Niti Aayog with much fanfare, the concrete outcomes expected from them seem to be missing.”

The Parliamentary panel further noted that with its frugal budget (to the tune of around Rs 250 crore for 2017-18), the Niti Aayog should not be involved in any central scheme, which should actually remain in the domain of the concerned administrative ministry, in this case the ministry of planning.

“Such schemes (like AIM and SETU) should be transferred forthwith to the respective line ministries for greater synergy in implementation,” the committee has advised in the report.