India   All India  19 Feb 2020  Court adjourns hearing in JNU sedetion case due to pendency of sanctions
India, All India

In the charge-sheet, the Police said that Kanhaiya Kumar and others led a procession and raised anti-national slogans in the campus in 2016 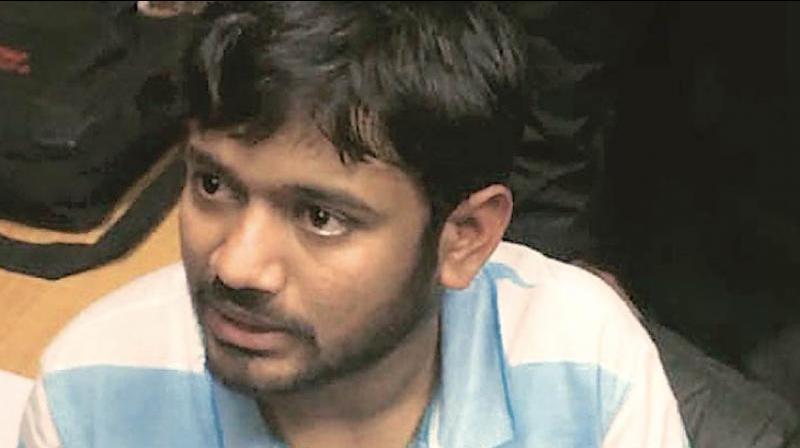 New Delhi: A Delhi court on Wednesday adjourned till April 3, the hearing in the Jawaharlal Nehru University (JNU) sedition case, in which Kanhaiya Kumar is an accused, as Delhi government is yet to grant the requisite sanctions in the matter.
Chief Metropolitan Magistrate (CMM) Purshottam Pathak adjourned the matter after investigating officer informed the court that the file regarding the grant of sanctions is still pending with the Home Department of Delhi government and that there haven't been any further updates.

Patiala House Court also asked the Delhi government to file a status report in the matter and asked Delhi Police to send another reminder to the Government of NCT as no sanction have been granted yet.

Earlier, the matter was also adjourned after the public prosecutor had informed the court that the sanction of charge-sheet was still pending and the home department had not given the sanction.

In the charge-sheet filed in a court in January this year, Delhi Police had said that former JNU students' union president Kanhaiya Kumar and others, including former JNU students Umar Khalid and Anirban Bhattacharya, led a procession and raised anti-national slogans in the university campus during an event on February 9, 2016.

It said that there were video footages wherein Kanhaiya Kumar is "seen leading the students who were "raising anti-national slogans" and that he had been identified by the witnesses in the videos.

"The location of mobile phone at the place of occurrence" was also cited as evidence against Kumar in the 1200-page charge-sheet.

As part of other evidence, the police said the Forensic Science Laboratory had retrieved an SMS sent by Khalid to Kumar, asking him to "arrive at Sabarmati Dhaba, JNU, as their permission had been cancelled by the JNU administration."

Under the Code of Criminal Procedure (CrPC), the court cannot take cognizance of the police charge sheet without sanction from the home department of the concerned state.