The former Trinamul Congress MP is survived by his wife Nandini, a TV anchor and daughter Sohini, also an actor. 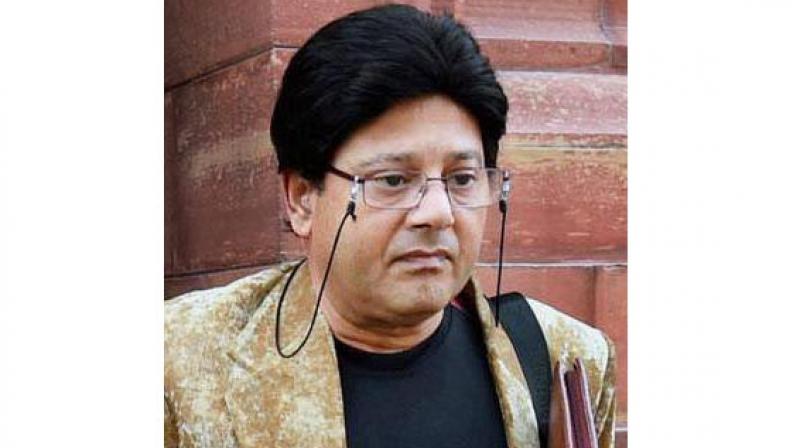 Kolkata: Actor-turned-politician Tapas Paul, also a key chit fund scam accused out on bail after facing arrest by the Central Bureau of Investigation, died of heart attack at a private hospital in Mumbai early Tuesday. He was 61.

The former Trinamul Congress MP is survived by his wife Nandini, a TV anchor and daughter Sohini, also an actor.

He was rushed to the hospital on February 1 after he fell ill at the Mumbai Airport while travelling to the US for  medical treatment, Nandini said.

Following his admission, Paul was put on the ventilator till February 6. Nandini added that Pal started however recovering after the ventilator was taken off.

At around 3.30 am on Tuesday, he suffered a cardiac arrest.

His body would be flown to Kolkata at night for last rites. Paul who acted in many Bengali hit movies including Dadar Kirti (1980), Saheb (1981), Bhalobasa Bhalobasa (1985) became a Trinamul MLA from Alipore in south Kolkata in 2001 for the first time during the CPI(M)-rule.

He won again from the same seat in 2006 before contesting the Lok Sabha Elections in 2009 from Krishnanagar in Nadia from where he won as a Trinamul MP.

He repeated his victory in 2014 Lok Sabha polls also from there before he came under the scanner of the central agencies in the Rose Valley chit fund scam.

Trinamul supremo Mamata Banerjee tweeted, “Saddened & shocked to hear about the demise of Tapas Paul. He was a superstar of Bengali cinema who was a member of the Trinamool family. Tapas served the people as a two-term MP and MLA. We will miss him dearly. My condolences to his wife Nandini, daughter Sohini & his many fans.