2 mowed down, 3 injured by BJP MLA's car in Karnataka

The victims, who had come in two vehicles, were standing by roadside when accident occurred, according to FIR. 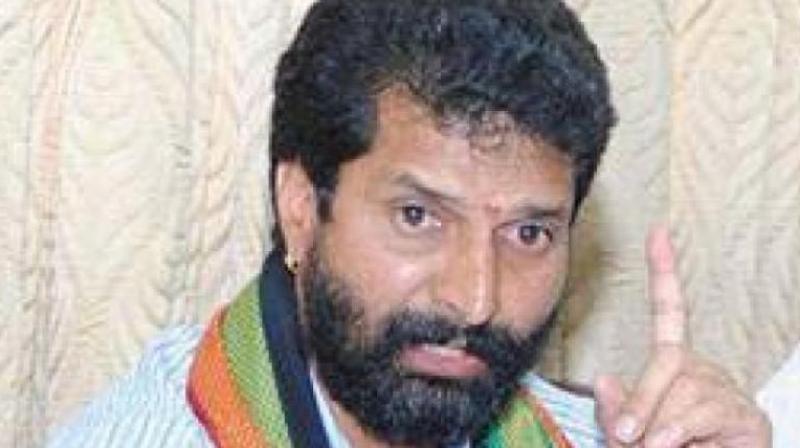 Ravi said he was sleeping in his car and was on his way to Chennai from Chikkamagaluru along with his gunman. (Photo: File)

Bengaluru: Two people were mowed down and three others injured by a car in which senior state BJP leader and MLA C T Ravi was travelling near Kunigal in Tumakuru district early Tuesday, police said.

The victims, who had come in two vehicles, were standing by the roadside when the accident occurred, according to the first information report. The injured have been rushed to a hospital, they said.

Ravi said he was sleeping in his car and was on his way to Chennai from Chikkamagaluru along with his gunman.

"I realised that something happened only when the air bag opened and I stepped out. Till then, I did not realise" he said.

The MLA suffered chest pain and minor injuries in the incident, the state BJP said. Ravi said he was told that two people had died and he immediately called the ambulance and rushed the victims to a private hospital in Bengaluru. He also underwent treatment at the same hospital, he added.

"I understand the pain (of the victims' families). This was not something that anyone wanted," he said. The state BJP said Ravi was not driving the car and also is not in the habit of drinking. It said Ravi still has "mild" chest pain and is under rest now.