Pakistan has violated the ceasefire 834 times along the LoC and the IB in the last three years. 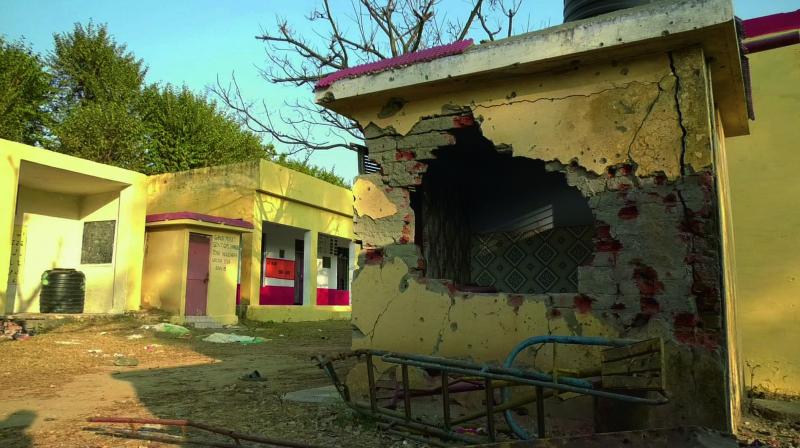 Srinagar: As guns continue to roar along the borders with Pakistan in Jammu and Kashmir, people who dwell in areas which fall in the firing range live in constant fear.

In fact, many have already paid with their lives for no fault of theirs as mortars rain on villages falling in close proximity to both Line of Control (LoC) and International Border (IB) during each ceasefire violation. Also, properties have been wrecked and hundreds of cattle perished.

This is happening routinely now and, it seems, the November 2003 ceasefire agreement, reached between the two sides after years of rancour that had brought similar and even worse miseries to the border-dwellers due to string of skirmishes, exists only on paper now.

Villages, mainly along the IB in Ranbir Singh Pura and Arnia sectors, wore the look of war zone with damaged and already abandoned houses and other properties and animal carcases scattered around when reporters visited these amid recent skirmishes.

As per official statistics, eight civilians and 10 Army and Border Security Force (BSF) personnel were killed in the latest spell of ceasefire violations by Pakistan Army and Rangers, starting on January 18. The worst affected by what a Hollywood movie had depicted some years ago was “Let us wake up the Indians” pastime have been the residents of dozens of villages located along the divide line in Jammu and Kashmir's Kathua, Samba, Jammu, Rajouri and Poonch districts.

"We already live in hell," said Sukhdev Singh, the head of village Gunya in Nowshehra sector of the LoC. He beseeched New Delhi and Islamabad to end the hostility for the sake of humanity. “Firing and shelling are not the answer to the issues. For God's sake sit down, put your heads together and get us rid of this mayhem. People are suffering enormously here and there (across the divide line) as well,” he said.

Each time, the cross-border shelling intensifies schools situated close to the IB and the LoC are shut, thereby, adversely impacting education of the border dwellers' children.

Amid thunders of shelling, thousands of families are forced to move out and relocate to safer locations, including the makeshift accommodations arranged by the respective district administrations, or take refuge at homes of their relatives at distant places.

“Everything that filled our home was reduced to ashes. We somehow survived and are here for the last 10 days but are facing tremendous hardships,” said Fatima Bi, staying at a camp set up for affected border residents in Rajouri. 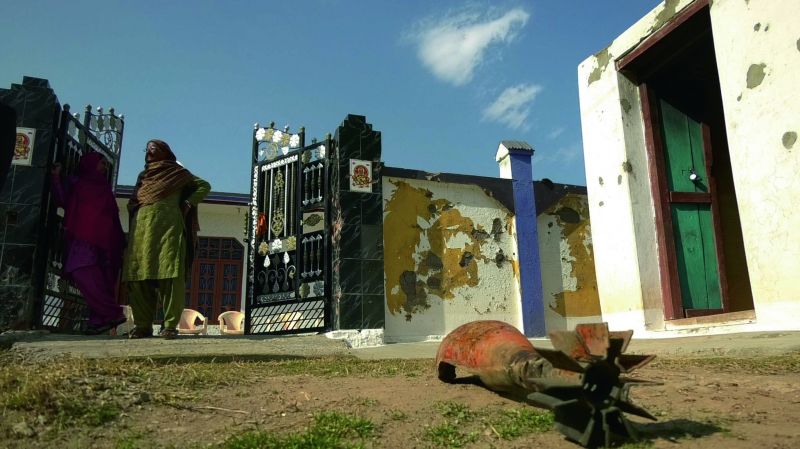 Chief minister Mehbooba Mufti informed the state Assembly that the ceasefire violations have claimed lives of as many as 56 Army and BSF personnel and 41 civilians in the last three years. Also, 383 people, including 233 civilians, were injured in the cross-border firings during this period.

Nowshehra sector of Rajouri is among the worst-hit. Its SDM Abdul Sattar said, “We have already constructed several hundred bunkers and people have heaved a sigh of relief with these coming up next door.”

Corroborating it, Sonu Kumar, a resident of Gunya, said, “In se bahut rahat milli hai (These have come as a big relief to us).”

He added, “The moment we hear firing we rush into the bunker built just outside our house and feel secure. This is unlike in the past when it would be really frightful to be inside our home during firing.”

The Pakistanis have reported 16 deaths — all civilians — on their side of the LoC and the IB called "working boundary" by them, so far, this year. The two sides have blamed each other for initiating skirmishes. There has been an outcry over the deaths and destruction caused by ceasefire violations at political and diplomatic levels with senior envoys based in New Delhi and Islamabad being summoned to respective foreign offices after each major clash to lodge protests. In the past, the directors of general of military operations have amid flare-ups spoken to each other through hotline to defuse the situation but their effort could silence the guns only briefly. The active hostilities continue and it is the border-dwellers who bear the brunt. 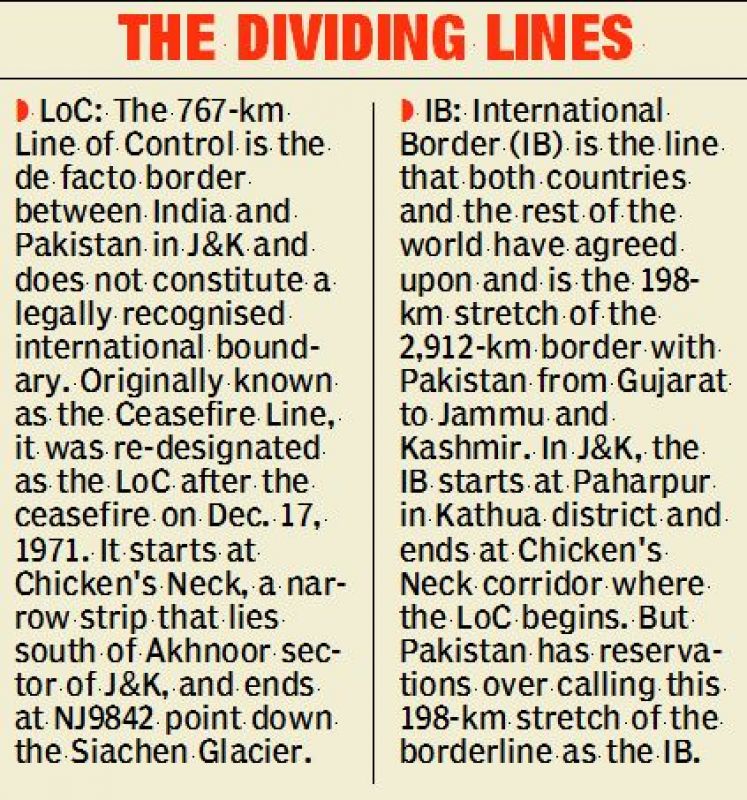 Ms Mufti, while expressing concern on the situation along the borders which, she said, has led to huge loss of life and property, hoped Prime Minister, Narendra Modi, will use his “stature and wisdom” and “pace up his efforts” so that the hostility ends and Jammu and Kashmir “becomes a bridge of peace between the two countries, ending the bitter phase of acrimony between the two.”

While the casualties and destruction set off anger in entire border belt, the Jammu and Kashmir Assembly repetitively witnessed ruckus over the prevailing situation during its just concluded budget session in Jammu, the winter capital of the State. On one such occasion, Opposition National Conference (NC) lawmaker Devinder Singh Rana, amid chanting of anti-Pakistan slogans by his counterparts from BJP, took a jibe at them by asking, “Tuhmari chappan inch wali chatee kahan gayyi (where has your 56 inch chest gone)?”