The family members have been forced to go out to attend nature’s call. 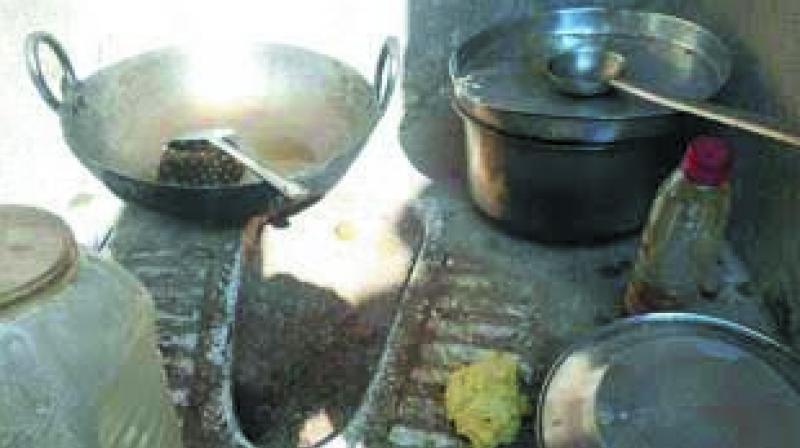 Families have been forced to use toilet spaces for other purposes after village sarpanches failed to complete the construction work despite receiving the amount.

Bhopal: Toilets in a Madhya Pradesh district have conveniently been turned into kitchen and pan shops, thanks to machinations of local sarpanches.

In Kodan village in Chhattarpur district, Dinesh Yadav has been left with no option but to shift his kitchen to the toilet built under Swachh Bharat Yojana scheme, when his pleadings to the local sarpanch to complete it went unnoticed for the past eight months.

“The septic tank of the toilet has not been built to date, rendering it unusable. Our sarpanch had undertaken construction of toilets in our village. We have transferred the money deposited in our account under the scheme to the account of the sarpanch. But he has left the construction unfinished. Hence, we have decided to turn the toilet into kitchen to save space in our home,” Deepak’s wife Suhela said Saturday.

The family members have been forced to go out to attend nature’s call. In Debri village, on the outskirts of the district headquarters town of Chhattarpur, Laxman Kushwaha faced a similar problem, forcing him to turn his under-construction toilet into a pan shop.

“The faulty construction of the septic tank has rendered the toilet useless. Hence, we have transformed the toilet into a pan shop and forced to defecate in the open,” Laxman’s 17-year-old daughter Neelima said.

The chief executive officer (CEO) of the local zilla parishad, D.K.Maurya, said he has ordered a probe into the alleged irregularities in construction of toilets in these villages.

According to him, against a target of 1.96 lakh toilets in the district, 55,000 have been built. The district has set a target to be open defecation free by October this year.