Over 100 people were still in hospitals. As many as 21 people are still on ventilator in intensive care units. 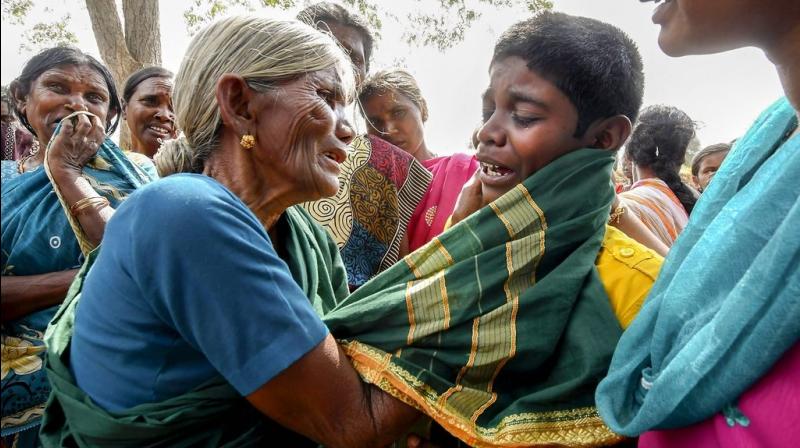 The government on Monday had confirmed that insecticide was found in the 'prasad' served at the temple. (Photo: PTI)

Bengaluru: A severe feud between two factions of the management over revenue sharing might have led to the food poisoning incident at Maramma temple in Sulivadi village of Chamarajanagar district, police said on Tuesday as the toll increased to 15 with the death of another woman.

Health department said Dundamma (51) died on Tuesday, while over 100 people were still in different hospitals. As many as 21 persons are still on ventilator in intensive care units.

The government on Monday had confirmed that insecticide was found in the 'prasad' served at the temple.

Without divulging much detail, Chamarajanagar district superintendent of police Dharmender Kumar Meena told PTI, "We have made positive progress. Further investigation is on."

Requesting anonymity, top police sources said that there appeared to be a severe feud between two factions of the temple management over revenue sharing.

The Kichchugutti Maramma temple that attracts lakhs of believers gets donation in crores. Sharing the donation appeared to be at the centre of the feud, the sources added.

The government told the Legislative Assembly Monday that about 150 people were said to have been served with vegetable rice at the ground-breaking ceremony for the temple tower on Friday and within half an hour those ate fell ill.

A case of culpable homicide not amounting to murder has been registered against seven persons of the temple management under Section 304 of the Indian Penal Code, police said.