The bill seeks to empower the transgender community by providing them a separate identity and prohibit discrimination against them. 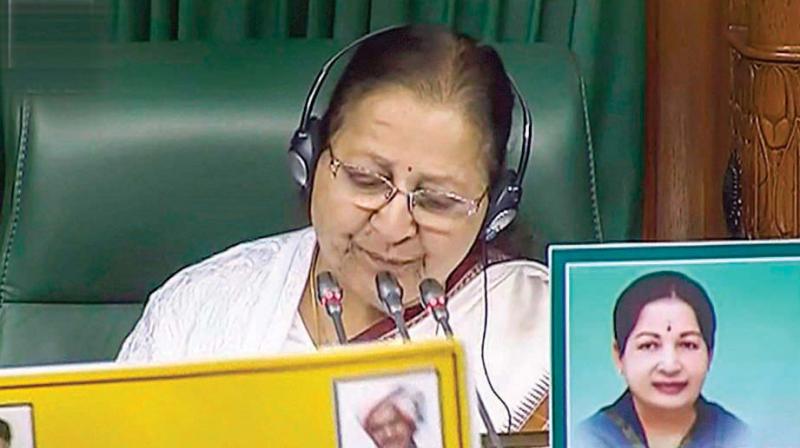 New Delhi: The Lok Sabha on Monday passed the Transgender Persons (Protection of Rights) Bill, 2016, the first legislation of the Winter Session even as several opposition members of the Congress and the AIADMK stood in the well of the house, staging noisy protests over the Rafale deal and other issues.

The bill seeks to empower the transgender community by providing them a separate identity and prohibit discrimination against them. It was introduced in the Lok Sabha two years ago and on Monday was passed with 27 amendments.

Amid din, five members, including Kakoli Ghosh Dastidar (All India Trinamool Congress) and Badaruddoza Khan (CPI-M), participated in the debate, questioning the provisions of the legislation.

The amendments moved by the government, along with some others moved by opposition members, were considered.

Ms Dastidar said the bill was hastily drafted and the different clauses mentioned in it were totally inconclusive.

“First we have to define what transgender means.This bill has to be returned,” she said, adding that a properly drafted bill had to be tabled.

In the midst of the uproar, parliamentary affairs minister Narendra Singh Tomar said the government was ready was any kind of discussion.

Union Social Justice and Empowerment Minister Thawar Chand Gehlot said that the bill was sent to standing committee and the government has accepted 27 amendments.

Mr Khan said that the definition of the transgender mentioned in the bill was not clear.

Earlier, seeking passage of the bill, Social Justice and Empowerment Minister Thawar Chand Gehlot said the bill was complete and there was no need for more discussion.