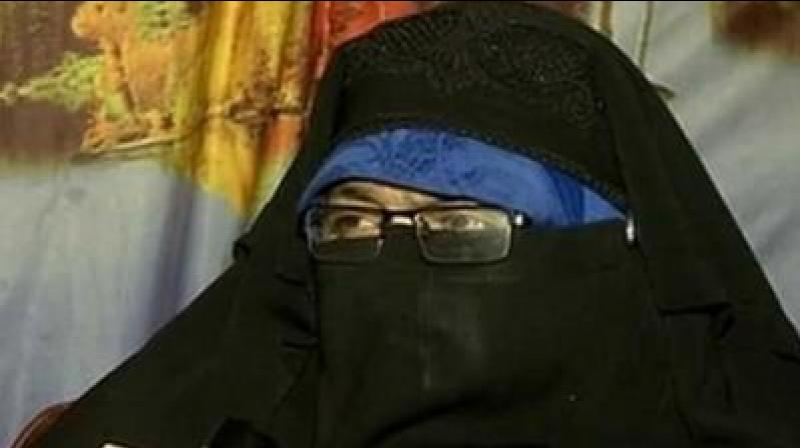 They sought that they be immediately shifted from solitary confinement to ordinary cells and be provided with proper food and medical relief. (Photo: File)

New Delhi: The Delhi High Court on Tuesday sought response of the Centre and the prison authorities on a plea by Kashmiri separatist Aasiya Andrabi, arrested in a case of allegedly waging war against the country with support from Pakistan, challenging her solitary confinement.
Besides Andrabi, chief of the banned outfit Dukhtaran-e-Milat, her associates Sofi Fehmeeda and Nahida Nasreen have also approached the high court for being kept in solitary confinement and allegedly being denied basic human rights.
The three accused, arrested earlier this year, are currently lodged in Tihar jail, in New Delhi under judicial custody.
Justice Najmi Waziri sought response of the Union Home Ministry and the Delhi government through additional inspector general (prisons) on the petition and listed the matter for further hearing on January 15.
In the petition filed through advocates Dhruv Tamta and Shariq Iqbal, the three women accused claimed that they were being denied basic human rights including the right to medical treatment and were refused medicines and spectacles.
They sought that they be immediately shifted from solitary confinement to ordinary cells and be provided with proper food and medical relief.
They also sought direction to the jail authorities to allow them to have access to all the facilities which are available to other under trial prisoners.
Andrabi and the two other accused have been chargesheeted by the NIA for allegedly "waging war" against the country by spreading hate speeches using Internet platforms and collecting funds for terror activities.
In its charge sheet, NIA had claimed that a probe revealed that the accused were running a concerted campaign to elicit support from the neighbouring country and accused them of being involved in conspiracy and acts to "severely destabilize the sovereignty and integrity of India".
The case was registered against the three women in April this year. Andrabi was earlier in a prison in Srinagar after the Jammu and Kashmir High Court cancelled her bail last month.
The NIA, on directions of the Union Home Ministry, registered a case against them as well as the organisation, which is banned under the Unlawful Activities (Prevention) Act, 1967, in April this year.
According to the FIR, the "central government has received information that Andrabi, Fehmeeda and Nasreen were actively running a terrorist organisation named as 'Dukhtaran-E-Millat' (DEM) which is proscribed under the First Schedule to the UAPA".
The agency also said in the FIR that Andrabi and her associates had allegedly spoken, written and also published "visible representations that bring into hatred and contempt apart from exciting disaffection towards the Government of India".