Irani said this win is the victory of development, the leadership of Amit Shah and BJP's governance and organisation. 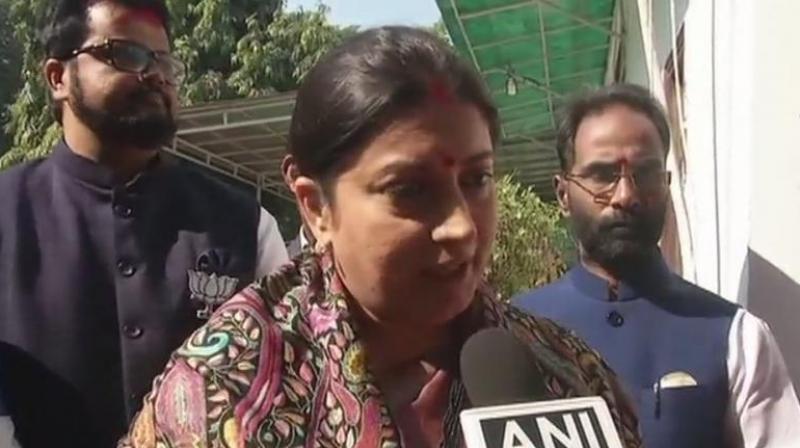 Asked about the Congress giving the party a scare in the morning, when the tallies were almost neck-and-neck, the minister quipped: 'I think Jo Jeeta Wohi Sikandar (Whoever wins is king).' (Photo: ANI)

The phrase, the title of a hit movie, caught on quickly as the party made it past the winning post in a neck and neck fight with Congress in Gujarat.

"It is cause for celebration. This is a victory of development, of the leadership of Amit Shah...It is a win for our governance and organisation," said Irani, dedicating the victory to workers starting from the polling booth level.

Asked about the Congress giving the party a scare in the morning, when the tallies were almost neck-and-neck, the minister quipped: "I think Jo Jeeta Wohi Sikandar (Whoever wins is king)."

The minister also called it a win for the BJP's governance and organisation.

In 2012, the BJP won 115 seats out of total 182 seats while the Congress won 61 in Gujarat, the home state of Prime Minister Narendra Modi and BJP president Amit Shah. BJP has been in power in Gujarat since 1995.

At least 92 seats are needed in the 182-member assembly to form a government in the state. The BJP barely made the 100-seat mark.