The meeting took place on Sunday, discussions about the health and education sector take place. 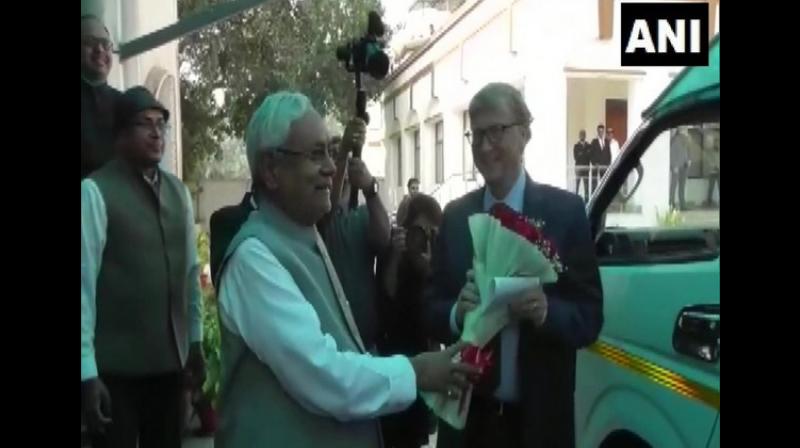 The meeting took place on Sunday in Patna.

Bill Gates is the co-founder of Microsoft. He is also a co-chair and trustee of the Bill and Melinda Gates Foundation.

In September, the Bill and Melinda Gates Foundation honoured Prime Minister Narendra Modi with the Global Goalkeeper Award for his contributions to the cleanliness drive and efforts to "improve access to sanitation in India through Swachh Bharat Abhiyaan.

The Award ceremony took place on the sidelines of the 74th session of the United Nations General Assembly (UNGA) in New York.