India   All India  18 Nov 2019  Bangladeshi women steal a march over Pakistanis, and Indians too!
India, All India

Bangladeshi women steal a march over Pakistanis, and Indians too! 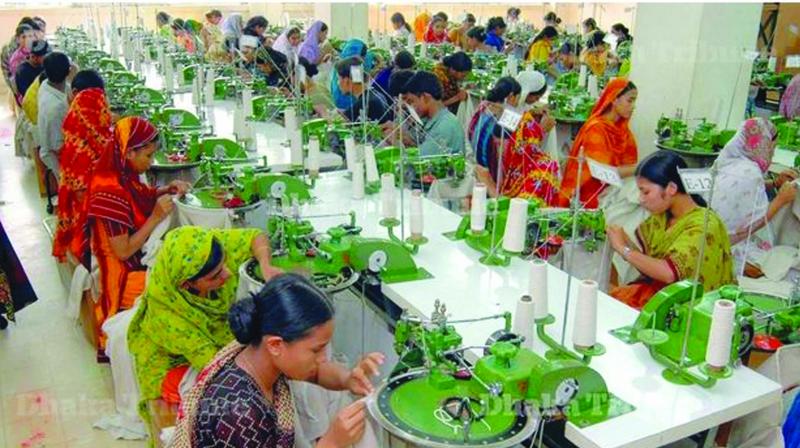 India’s slipping to the 102nd position of 117 countries in the Global Hunger Index 2019, down from the rank of 95 in the 2018 index, perhaps raised many eyebrows. Moreover, Bangladesh and Pakistan, once part of a unified Indian polity, have left India behind, by being at 88 and Pakistan at 94 respectively, though all the three are still in the category of “serious” hunger, according to the report.

Now, how have India, Pakistan and Bangladesh, who share a common history, chartered the destinies of people, women in particular, within their respective geographical limits?

In the UNDP’s human development indicators (HDI), 2018, India is ahead at the 130th position in the overall ranking, while Bangladesh is at 136 and Pakistan at 150, among the 189 countries evaluated. But, in several key dimensions of human well-being, Bangladesh has shown better outcomes than India and of course, Pakistan, the country of its immediate origin.

Today Bangladesh’s school-age children can expect to stay in school 5.8 years longer, while, it is 4.7 years in India, and in Pakistan 4 years. However, in case of girl children, the expected years of schooling in India is slightly better, which is 12.9 years for girls and 11.9 years for boys, while it is 11.7 years for girls and 11.3 years for boys in Bangladesh. In Pakistan, for a girl, it is 7.8 years and 9.3 years for a boy. In women’s education at the secondary level, Bangladesh has the highest performance of 44 per cent in South Asia, and both India and Pakistan with 39 per cent and 27 per cent respectively remain below the South Asian average of 39.8 per cent.

Women in the political sphere, both in Bangladesh and Pakistan, however, have gone ahead with higher representation in Parliament, with 20.7 per cent and 20.2 per cent respectively, and India could improve its tally only marginally to 14.36 per cent in the 2019 election from 11.6 per cent in 2014.

In the Gender Development Index or GDI, 2017, a “gender-sensitive extension of the HDI”, Bangladesh achieved a higher GDI value of 0.881, while it is 0.841 for India and 0.750 for Pakistan. It also managed well with regard to women’s participation in labour, accounting for 33 per cent, which is 27.2 per cent for India and 24.9 per cent for Pakistan as per the UNDP report, 2018. In case of India, what is worrying is that the recent NSSO-conducted periodic labour force survey (PLFS) data indicated that the female Labour Force Participation Rate (LFPR) has fallen to a historic low of 23.3 per cent in 2017-18, possibly due to the rise in the rates of higher education enrolment. In case of Pakistan, a 2016 Asian Development Bank (ADB) report said that “low female participation in formal employment is due to several restrictions on physical mobility due to the factors of safety and crime, availability of transport, etc, apart from other socio-cultural and religious norms…”.

Bangladesh, for the third consecutive year, remained at the 47th rank among 144 nations as per the World Economic Forum’s Global Gender Gap Index (GGGI), 2017, and topped the South Asian countries in gender equality, while India’s position nosedived from 87th to 108th, and Pakistan figured at the 143rd position, being the last, but one country.

Former Indian high commissioner to Bangladesh, P.K. Chakravarty, while commenting on women’s better performance in Bangladesh, said that “large scale women’s employment in the readymade garment sector led to their emancipation from patriarchal social practices and also contributions of thousands of NGOS helped in achieving better health and education and financial inclusion at the grassroots, apart from the government incentives to girl child education”. Commenting on Pakistan’s lopsided gender representation, Sushant Sareen, senior fellow, Observer Research Foundation, said that “it is the deeply-rooted patriarchy that hindered the progress of ordinary women, and only a few elite-class women could make some headway...”.

Now, India has remained for years a top performing country in South Asia in terms of annual GDP growth and also is aspiring to become a $5 trillion economy by 2024, yet in terms of gender parity, it has miles to go, while a comparatively young nation like Bangladesh has fuelled its economic growth on the strength of human resources, women in particular.