At Banswara and Jhalawar the number of foreign tourists’ arrival has been growing steadily. 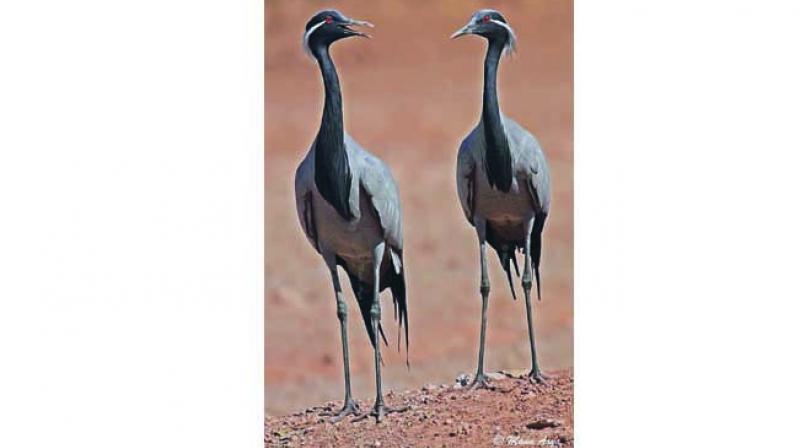 Jaipur: This is a sort of migration no one objects to. In fact, everyone eagerly waits for it as it relates to migratory birds, mainly from Europe, Central Asia, China and Mongolia, which attract tourists and boost Rajasthan’s economy.

The winged visitors draw ornithologists, photographers and ordinary bird watchers during these months, bringing cheer to all those associated with the tourism sector.

Till a few years back, Bharatpur was the only destination for lovers of migratory birds, however, with their wetlands, thick forests and water bodies, four districts of Hadauti, Bundi, Baran and Jhalawar are also growing in popularity.

According to Kota’s assistant tourism officer Sandeep Shrivastava, abundant food at the aquatic sites and absence of poaching in the pollution-free belt provides safe habitation to birds.

A colony of painted stork in Udpuria village is one such sought-after destination, he added. The Wagad region in west Rajasthan has nearly 21 dams and Indira Gandhi Canal that attract birds.

“More and more migratory birds have been coming to the Wagad belt due to the large number of water bodies ,” said Kamlesh Sharma, public relation officer at Banswara.

Udaipur-based Anil Rodgers, who is involved in studies and creating public awareness on migratory birds, said, “Arrival of birds has boosted tourism and created income opportunities for the locals in areas like c, hitherto, not frequented by tourists.”

Hari Mohan Meena, wildlife researcher and a programme coordinator at the Society of Conservation of Historical and Ecological Resources, said that migratory birds had been frequenting these places for ages but they have come into spotlight in recent years.

Sandeep Sharma, now preparing for the third bird fair in Kota, agreed. “We have taken the initiative to raise public awareness on the importance of birds,” he said.

At Banswara and Jhalawar the number of foreign tourists’ arrival has been growing steadily. Banswara received 139 tourists in 2016 compared to 82 in the previous year, while number of tourists in Jhalawar had gone up from 80 in 2013 to 130 in 2016.