Kashmir’s para-cricketer is a youth icon

All rounder Parvez Rasool, the first cricketer from Jammu & Kashmir to have played in the IPL, is also from Bijbehara. 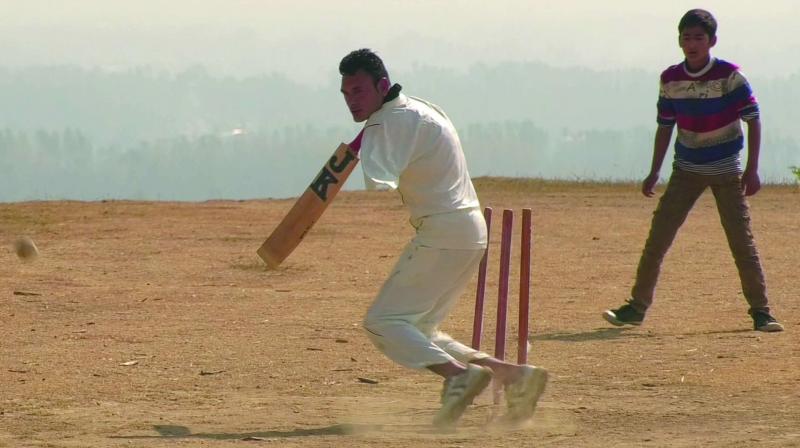 Srinagar: Amir Hussain Lone lost both his arms during an accident at his father’s saw mill in 1997. Now 28, Amir is the captain of Jammu & Kashmir’s para-cricket team and an icon for youth. He bowls using his feet and bats by putting it between his chin and neck.

“I lost both my arms in an accident at my father’s saw mill. But I didn’t lose my spirit,” he said. Cricket is his passion and Sachin Tendulkar a role model.

Interestingly, his father’s saw mill located close to their house in Wagahama village outside the highway town of Bijbehara, 48-km south of Srinagar, is involved in turning Kashmiri willow logs into cricket bats.

All rounder Parvez Rasool, the first cricketer from Jammu & Kashmir to have played in the IPL, is also from Bijbehara.

“It took me more than two years to learn to perform daily chores with my feet,” he said. Today, apart from playing cricket, he uses his feet to lift a tea cup or a book and for writing, shave and wash himself and also comb his hair.

“God has given me everything. Though it is very difficult for an armless person to play cricket, I’ve succeeded in playing good cricket. People love and respect me for that. What else do I want?” he asked. Modesty personified, Amir, however, insists his honours are due to God’s meharbani (blessing).

After Amir lost both his arms, his father Bashir Ahmed Lone sold his property and other valuables to raise money for his treatment. “I didn’t lose hope and God helped us,” said Mr Lone.

Amir’s mother Raja Begum said, “The incident was a qayamat for the entire family. But we decided not to give up.”

Amir remained in hospital for three years. After his medical treatment, he went back to his friends with whom he would play cricket outside their village.

“Much before the accident, I was interested in playing cricket. In fact, I am a fan of Sachin Tendulkar,” Amir said. “After returning from school and also on off days, I would go with other young boys to play cricket,” he recalled.

Since many units in Bijbehara and neighbouring areas are engaged in manufacturing cricket bats, boys of this belt take to ball and bat at a young age.

Amir has played cricket in Delhi and Lucknow and won several medals and trophies. Back in the Valley, he is often invited as a special guest at functions at educational institutions to encourage and motivate students.  He has made a name for himself despite being physically challenged.