India   All India  18 Nov 2017  Farmers to participate in 2-day protest to demand for better prices, debt waiver
India, All India

Farmers to participate in 2-day protest to demand for better prices, debt waiver

Around 180 farmer organisations will participate in the protest to demand what was promised during Modi's 2014 Lok Sabha campaign. 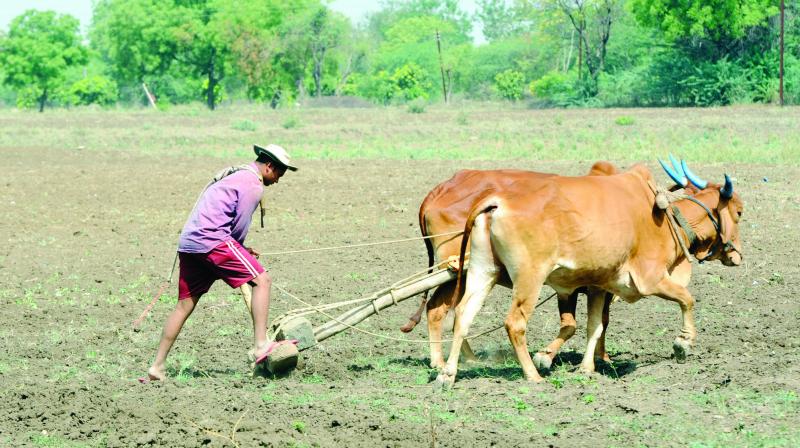 The AIKSCC, an umbrella forum of farmers, will also organise 'Kisan Mukti Sansad' or farmer's parliament at the venue of their protest. (Photo: File)

New Delhi: Farmers from all over India will participate in a two-day protest from November 20 in New Delhi under the banner of the All India Kisan Sangharsh Coordination Committee (AIKSCC) to demand for "better prices for their produce and complete freedom from debt".

According to the AIKSCC, members of around 180 farmer organisations are expected to participate in the protest.

"Our main demand will be full remunerative prices as a legal entitlement with correct cost estimations and at least a 50 per cent profit margin over the cost of production," All India Kisan Sabha president Ashok Dhawale said.

"We will also demand freedom from debt, including an immediate comprehensive loan waiver, as well as statutory institutional mechanism to address farmers' debt on an ongoing basis," he said.

Dhawale said, "Even though Prime Minister Narendra Modi, during his Lok Sabha poll campaign, had promised that if elected, farmers would get good prices for their crops and he would implement the Swaminathan Commission recommendations, nothing has been done so far".

According to the AIKSCC "steady rise in input costs, like fuel, pesticides and fertilisers and even water, and slashing of subsidies by the government" are some of the key factors behind cost versus income imbalance presently been faced by the farmers.

"This massive injustice in prices is pushing farmers into debt, to commit suicide and ignite repeated protests across the country. To address the plight of farmers we are congregating in large numbers in Delhi on November 20 in a 'Kisan Mukti Sansad'," an All India Kisan Sabha leader said.

The AIKSCC, an umbrella forum of farmers, will also organise 'Kisan Mukti Sansad' or farmer's parliament at the venue of their protest.

On November 20, a draft 'bill' encompassing the two demands will be introduced and passed after debate by the farmers' parliament.