India   All India  18 Nov 2016  Indian Navy denies reports of its submarine being blocked by Pak
India, All India

Indian Navy denies reports of its submarine being blocked by Pak

The sharp reaction by Indian Navy came after Pakistan claimed that an Indian submarine had been pushed back. 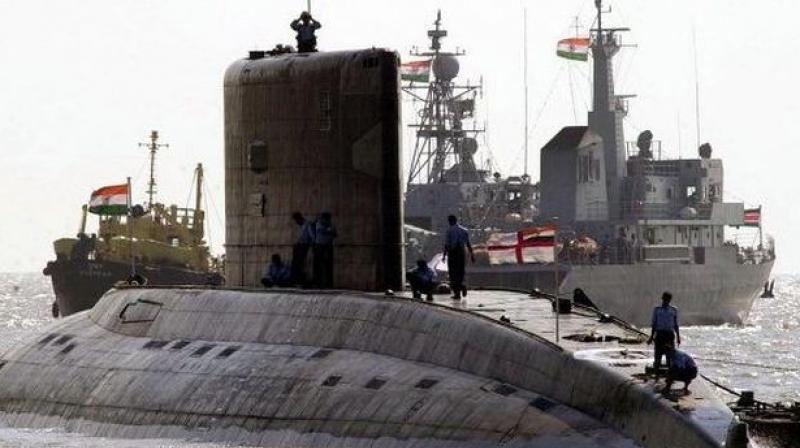 Karachi/New Delhi: India and Pakistan were on Friday engaged in war of words after Islamabad claimed that it prevented an Indian submarine from entering its territorial waters, a charge which was strongly dismissed as "blatant lies" by New Delhi.

"Indian Navy categorically denies the statement of Pakistani Navy as blatant lies," Navy spokesperson Captain D K Sharma said, adding that Indian Navy did not have any under water movement in the said waters as claimed by the Pakistani Navy.

The sharp reaction by Indian Navy came after Pakistan claimed that an Indian submarine, after being detected near Pakistan's territorial waters, had been pushed back.

"However, Pakistan Navy once again proved its vigilance and operational competence by detecting and blocking an Indian submarine from entering in Pakistani waters. The unsuspecting submarine was detected and localised south of Pakistani coast on November 14," the statement said.

"Thereafter, despite submarine's desperate efforts to escape detection, it was continuously tracked by Pakistan Navy fleet units and pushed well clear of our waters," it said.

Today's charge by Pakistan came two days after its army chief Gen Raheel Sharif had said his men killed 11 Indian soldiers in cross border firing across the Line of Control (LoC). That statement too was denied by the Indian Army.