Tejpal, a veteran journalist, was accused of sexual assault by a female colleague in Nov 2013. 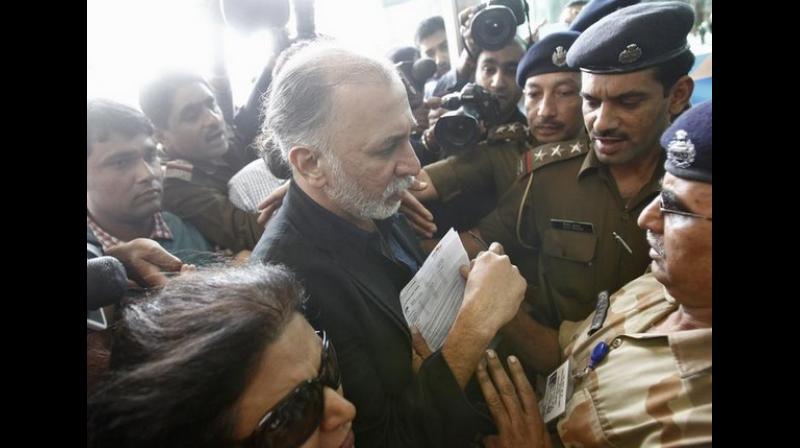 Tejpal had moved the high court against the order of Additional District and Sessions Court. (Photo: ANI)

Panaji: The Bombay High Court on Friday dismissed a plea filed by Tarun Tejpal, the former editor-in-chief of Tehelka magazine, seeking postponement till December, the trial against him in a sexual assault case.

Tejpal had moved the high court against the order of Additional District and Sessions Court, Mapusa, which set the hearing in the case for three days starting October 21 to cross-examine the victim.

In his petition, he sought hearing after December 2 on the grounds that his lawyer was busy in another matter.

With the high court rejecting his plea, the trial will all set to begin as per schedule next week.

Tejpal, a veteran journalist, was accused of sexual assault by a female colleague in November 2013.

On October 7, the Additional District and Session court had adjourned the hearing in the case as the victim and her counsel were not available for the examination.

On September 29, 2017, the Goa court had charged him under various Sections of the Indian Penal Code, including rape, sexual harassment, and wrongful confinement. He, however, pleaded not guilty.

Following the framing of charges, Tejpal moved the Supreme Court seeking quashing of the charges levelled against him. In August, the top court refused to quash the charges and directed the trial to be concluded within six months.