'I know Nana Patekar is indecent, but...': Here's what Raj Thackeray said #MeToo

Raj Thackeray on #MeToo said, 'I know Nana Patekar; he is indecent. He does crazy things but I don't think he can do such a thing.' 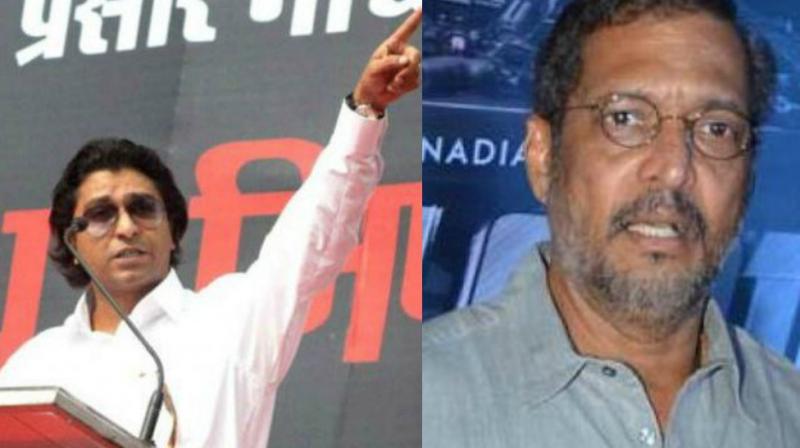 Maharashtra Navnirman Sena (MNS) chief Raj Thackeray also said that women should raise their voice as and when they face oppression, and not after 10 years. (Photo: File)

Amaravati: Nana Patekar is "indecent", Maharashtra Navnirman Sena (MNS) chief Raj Thackeray has said the 'Me Too' movement is a serious matter, and should not be debated on social media.

Speaking at an event in Amravati, the MNS chief said, "I know Nana Patekar; he is indecent. He does crazy things but I don't think he can do such a thing. Court will look into it. What is the media to do with it? #MeToo is a serious matter, the debate over it on Twitter isn't right."

Thackeray claimed that the movement might have been fuelled in a bid to divert attention from skyrocketing petrol prices, dip in rupee value against dollar and unemployment in the country.

He further said that if any woman faces something unwarranted, she can approach the MNS for help. Thackeray also said that women should raise their voice as and when they face oppression, and not after 10 years.

"It seems it is being done to divert attention from petrol price, rupee value, and unemployment. If anything like #MeToo happens, women can come to MNS. We will teach a lesson to accused. Women must raise the voice when they face oppression, not after 10 years," the MNS Chief said.

The 'Me Too' movement gained momentum in India after Bollywood actor Tanushree Dutta accused Nana Patekar of allegedly misbehaving with her during a film shoot in 2008.

Since then, scores of women have come out to speak about their ordeals on social media, including actors, musicians, journalists, and politicos.

The 'Dhol' actor had also claimed that MNS party workers were involved in the attack on her car after she opted out of the 2008 film 'Horn OK Pleassss' after allegedly being harassed by Patekar.