India   All India  18 Oct 2018  Former UP and Uttarakhand CM ND Tiwari dies on his 93rd birthday
India, All India

ND Tiwari was admitted to the hospital in September last year after he suffered a brain stroke. 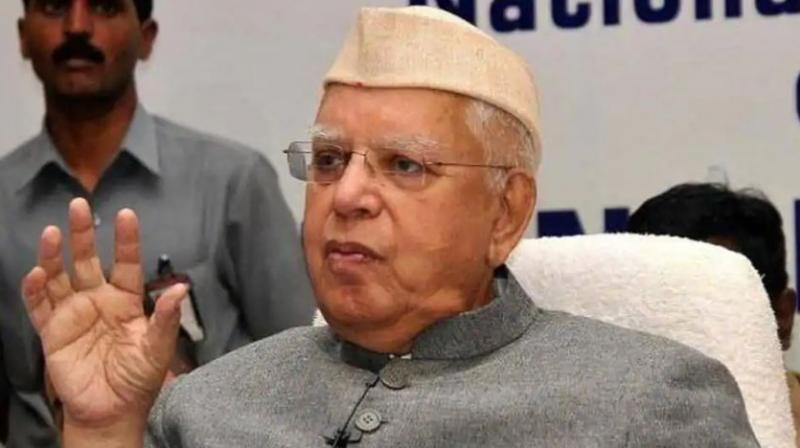 ND Tiwari, veteran politician and former chief minister of Uttar Pradesh and Uttarakhand, passed away at a hospital in Delhi on Thursday. (Photo: File | PTI)

New Delhi: Narayan Dutt Tiwari, veteran politician and former chief minister of Uttar Pradesh and Uttarakhand, passed away at a hospital in Delhi on Thursday after prolonged illness.

It was Tiwari’s 93rd birthday today.

According to reports, the veteran politician was admitted to the hospital on September 20 after he suffered a brain stroke.

On October 26, he was shifted to the Intensive Care Unit (ICU) of the hospital. He was suffering from fever and pneumonia.

"Tiwari-ji's contribution to Uttarakhand can never be forgotten. He played a key role in giving pace to the financial and industrial development of the newly formed Uttarakhand, and helped the state to stand up on its feet," Rawat tweeted.

President Ram Nath Kovind condoled ND Tiwari's demise and said that the former UP and Uttarakhand chief minister “contributed much to development and public welfare”.

Sad to hear of the passing of veteran political figure and former Union minister Shri N.D. Tiwari. As chief minister of Uttar Pradesh and later Uttarakhand, he contributed much to development and public welfare. My condolences to his family and associates #PresidentKovind

Expressing sorrow on the passing away of Tiwari, Prime Minister Narendra Modi called him a “towering leader” who “was known for his administrative skills”.

Saddened by the passing away of Shri ND Tiwari Ji. A towering leader, he was known for his administrative skills. He will be remembered for his efforts towards industrial growth & working for the progress of UP & Uttarakhand, a state he steered in its initial days. My condolences

“I am saddened by the untimely demise of former UP and Uttarakhand Chief Minister ND Tiwari. I offer my deepest condolences to his family and pray that his soul rests in peace. He will always be remembered as an able administrator,” he said.

In 2002, Tiwari became chief minister of Uttarakhand when Congress came to power in the first election held in the hill state which was carved out of Uttar Pradesh in 2000.

Tiwari also served as governor of Andhra Pradesh between 2007 and 2009 when he had to resign after a sting operation showed him in a compromising position at Raj Bhavan with three women. However, he had cited poor health as the reason for his resignation.