Empowering India’s women: We still have a long way to go

In today’s India, stories of women breaking many glass ceilings and reaching the pinnacles of success are splashed in the media. 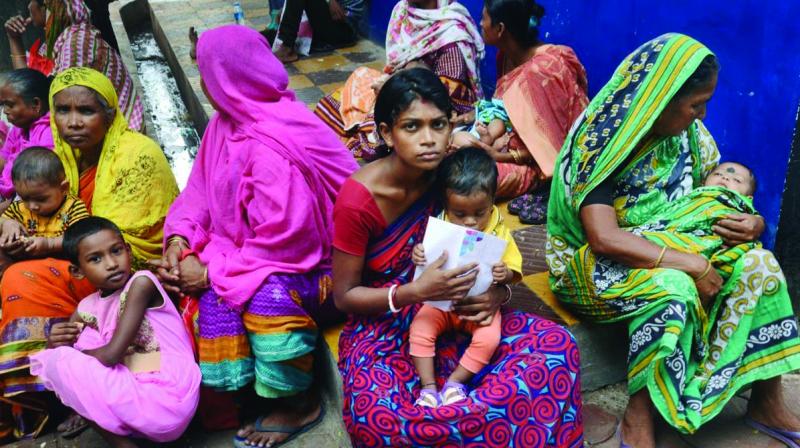 Empowerment of women is an oft-repeated word in India’s development stories. Gender mainstreaming has found place in plan documents. Initial years of India’s Five Year Plans made attempts to correct the lopsidedness of the colonial-era administration, which left a large chunk of population, including women, outside the purview of any developmental outreach.

Over the years, women-centric programmes gained attention, while the focus shifted from welfare to all-round development and finally to empowerment. The policy framework injected elements of positive discrimination in ensuring inclusivity in terms of women’s access to health, education and participation.

In today’s India, stories of women breaking many glass ceilings and reaching the pinnacles of success are splashed in the media. But they evoke questions in one’s mind whether these women represent the real India, across its length and breadth, amidst all diversities? Are Indian women really empowered to steer the destiny of their lives? Or is it still a far cry?

If demographic trends are indicative then India is still a land of missing women, having an adverse sex ratio of 943 as per the latest census in 2011, way below the global average of 984. It has an alarming child sex ratio (0-6 years) as low as 919, and it fell to 927 from the 2001 census. The ratio dipped further to 830 in Haryana, a state close to the capital, which prompted the government to launch a massive drive to save the girl child. Our neighbouring countries like Myanmar (1,048), Sri Lanka (1,034) and Nepal (1,014) stole a march on us, having a fair sex ratio.

In female literacy, India has shown an upward trend with an overall rate of 64.6 per cent, which is however significantly lower than the global average of 79.7 per cent. The gender gap is also narrowing down from 21.6 per cent in 2001 to 16.3 per cent in 2011. India, as the Unesco estimated in 2011, is still home to more than 20 million illiterate women (15-24 years) and about 171 million (15 years and above) as against the 12 million and 94 million of males respectively.

In work participation rate, a crucial indicator of economic empowerment, women are again at the lower rung. The latest National Family Health Survey 4 (2015-16) report puts the employment a mere 31 per cent for married women, as against 98 per cent of men, and out of that 31 per cent, 16 per cent of women remain unpaid. In terms of owning properties like a house or land only 37 per cent of married women own a house and 28 per cent land either alone or jointly, as against 65 per cent and 49 per cent of men respectively. Less than two-thirds of currently married women (63 per cent) could participate in decision-making about their own healthcare, major household purchases or any visit to family or relatives, while 16 per cent do not participate at all in any of the three. The participation in decision-making showed a marginal increase since NFHS-3, which is perhaps indicative of slowly rising status of women in a household.

A look at the 2107 year-end review of the ministry of women and child development reveals that about 23 per cent of women (15-49 years) still suffer from chronic energy deficiency (BMI less than 18.5), which, however, is less from 35.5 per cent, found in NFHS-3. However, India has a reason to cheer for registering a decline of 22 per cent in maternal mortality rate (MMR) in 2104-16 (Sample Registration System bulletin), and surpassed the UNMDG goal set for 2015.

In India, the mainstream media is repleted with stories of violence against women across the country. The NFHS-4 says that 30 per cent of women since the age of 15, experienced physical violence, while 33 per cent of married women undergone spousal violence in different forms, physically (30 per cent), sexually (7 per cent) and emotionally (14 per cent). In spite of sustaining injuries only 14 per cent of women sought any help, which is a steep decline from 24 per cent in NFHS-3. The declining trend in seeking help from public authorities perhaps speaks volume about the functioning of our law enforcing agencies.

Let us juxtapose these realities in the global scenario. India has a dismal ranking in UNDP estimated HDI at 130 in 2018, among 189 countries. The loss of 26.8 per cent in HDI value is solely accounted for persisting gender inequalities, which have been found to be less in early years, but they grow in adulthood. In terms of political empowerment, women fare very badly with only 12 per cent representation in Parliament. Women’s participation in the labour market was also found to be significantly low at 27.2 per cent, compared to 78.8 per cent for men.

In the Global Gender Gap Index 2018, India ranks 108 among 144 countries, and falls under the category of world’s least-improved country. It stands at 139 in terms of economic participation and opportunity, 112 in terms of educational attainment, 141 in terms of health and survival, whereas only 15 in terms of political empowerment. The top 10 spots continue to be held by smaller Western European countries like Iceland, Norway and Finland, and also countries like Rwanda, Sweden, Nicaragua, Slovenia, Ireland, New Zealand and the Philippines. India is placed behind Bangladesh and Maldives. Again the report attributed India’s low ranking to the widening gender gap in political empowerment, life expectancy, basic literacy and economic participation. India, however, could close the gender gap in the primary and secondary education enrolment, and also for the first time nearly closed the gap in tertiary education.

Statistics apart, in qualitative terms, do majority of women in India find pride of place in society? The societal taboo, gendered straightjackets and stereotyping in mindset often put obstacles to progressive steps taking roots in society. The recent hue and cry over entry of women to Sabarimala temple in the wake of the Supreme Court’s verdict bears testimony to the fact that social prejudices are deeply entrenched in India.

The #MeToo campaign which exploded in the Indian urban space recently, exposed the vulnerability of women in workplaces in the face of unequal power play and revealed the systemic inadequacies to address such issues. The minister of women and child development, Maneka Gandhi, taking a call on the burning issue is a welcome step, and one only wishes that the panel sees the light of day. However, the government data indicates a rising trend in the number of registered complaints against sexual harassment categories at workplaces under the relevant act.

Though safety for women is a global issue, India, too, despite having high economic growth rates for several years, is yet to make a healthy and enabling environment for women in socio-political institutions and in public places. Deeply embedded gender bias in our cultures force women to fall into gender straightjackets and stereotyped roles. They continue to do unpaid work, making invisible contribution to the economy.