Simply speaking, there is a difference between public being faced with no choice, just one option and multiple options. 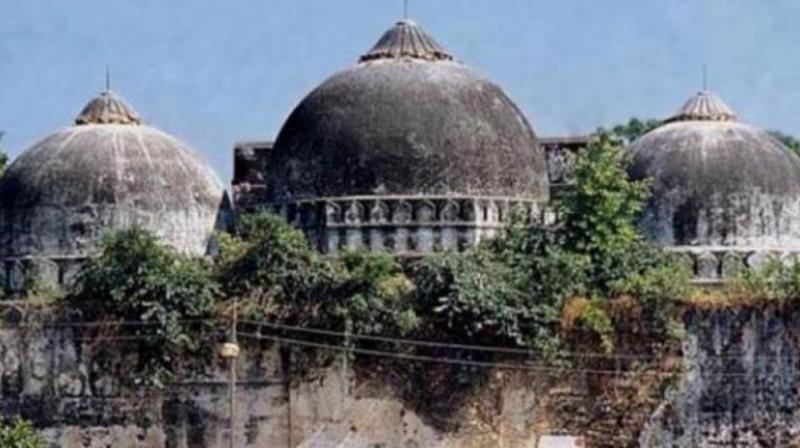 Now, of course, the preceding points do not undermine the importance given to Ayodhya issue’s religious aspect by a substantial number of people. (Photo: File)

With Ayodhya issue hitting headlines, it is feared that communal polarisation linked with it may raise its head again and lead to social tension. Is this possible? Is India heading for communal tension that gripped it over the Ayodhya dispute, following demolition of Babri Masjid on December 6, 1992? Yes, the riots that occurred during that phase were spread almost across the entire nation. If this fear prevails, it is a tragic indicator that sections of nation still remain gripped by the mentality, which provoked them to riotous behaviour during 1990s over the Ayodhya issue.

True, Indians are as religious as they were earlier. At the same time, political, social and also commercial value of “religious” tag has increased tremendously and has started being put to greater use than it was during 1990s. Now, increase in avenues and means for doing so has made this tag and/or religious advertisements of various kinds more exploitable than was the case around three decades ago. Compared to there being one and only channel earlier, Doordarshan, there is no dearth of television channels nowadays. Nor is there of religious serials telecast on these. Earlier people of all religions remained glued to the screen when popular Ramayana serial was telecast. The roads wore a deserted look at that time. This is not the impact of any religious serial in the present phase.

What does this suggest? Clearly, within less than half a century, Indian society’s attitude towards new means of communication and what they receive from these has come a long way from the period when these weren’t around. Of course, now self-claimed “religious leaders”, various politicians and others have gained advantage of exploiting the “religious” label for political, commercial and communal uses they see as beneficial for their goals. But this does not imply that these persons/groups’ agenda is understood by the public as desired by the former.

Simply speaking, there is a difference between public being faced with no choice, just one option and multiple options. When there is a lot to select from, including religious serials, prospects of viewers being totally influenced by any one or more are reduced to minimum. It also remains their decision to give greater preference to non-religious serials, turn to their mobiles, Internet or other means for entertainment and/or other purposes. Clearly, when they have greater options, prospects of their being caught in a dependency-trap while, perhaps blindly, giving undue importance to only one serial/agenda is reduced. This danger can increase if a significant number of people choose to accord significance to the same issue.

Now, of course, the preceding points do not undermine the importance given to Ayodhya issue’s religious aspect by a substantial number of people. And if the same issue is given great importance by the media with the million dollar question tagged with it — about it leading to communal tension — a number of people are likely to deliberate upon the same. But here is the catch. The people’s deliberation, numerous debates and opinions voiced on this issue have reached a much higher level than three decades ago and earlier.

There was a time when publication of even a minor communal incident was not encouraged. It was feared that the same news would provoke similar tension in other parts of the country. This phobia has ceased to prevail. At the time of Gujarat riots, intensity of communal tension remained confined primarily to the state, though those riots received substantial media coverage. Certainly, telecast of those events had people glued to small screens in other parts of the country. The same people chose to remain within their households rather than step out to provoke similar tension in their respective regions.

Undeniably, there still prevail right-winged, extremist elements whose key agenda is to try and spread communal tension by provoking people’s religious nerve. Yet the difference between nature of communal tension that spread three decades ago and the one apprehended now bears its own significance. Sure, through cow-lynching cases, assassination of secular, out-spoken Indians and similar incidents, attempts are being made to spread communal tension. But limited impact of these attempts cannot be ignored. Also, opposition voiced against these communal incidents, with participation of people from different religious communities stands out.

With parliamentary elections round the corner, attempts are likely to be made by several elements to communalise the atmosphere. But let us also accept the fact that these elements do not represent even a significant percentage of Indian society. If they did, their attempts to communalise and also polarise Indian society along religious lines would not have had limited impact. Nevertheless, there is a perception that hearing of the Ayodhya case from October 29 may lead to communal tensions. Well, attempts may be made to exploit the situation and add political as well as religious legitimacy to the same. But this is it. The majority may be expected to move along with their daily routines as it has happened till date though the Ayodhya issue has been periodically raised at various levels. Even illiterate, poor public is wise enough to understand the electoral importance being given to the Ayodhya issue at this phase and will probably not be taken for a ride by its communal propagators!