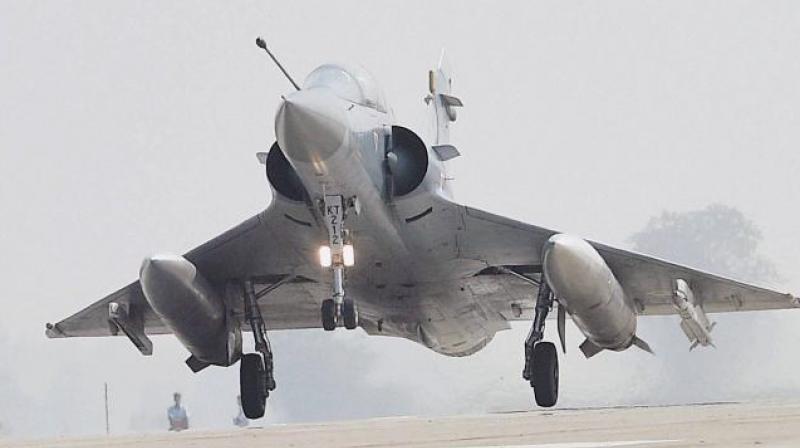 This is the second such agreement that the Indian Air Force has signed for buying okayed airframes that will help one of the most potent aircraft fleets to continue for longer in service. (ANI)

New Delhi: In a step that will help in sustaining its fleet of Mirage-2000 fighter aircraft, the Indian Air Force (IAF) has signed a contract to buy phased out Mirages of the French Air Force, as per government sources.

This is the second such agreement that the Indian Air Force has signed for buying okayed airframes that will help one of the most potent aircraft fleets to continue for longer in service.

"A squadron of the French Mirage jets had been phased out some time ago. On August 31, a contract was signed for acquiring these phased-out planes to improve the spares and airframe capability to help improve the serviceability of the around 50 Mirage-2000s in the Indian fleet," government sources said.

Earlier also, India had signed a contract with French companies for supplying old Mirages which reached Gwalior last year and have helped in significantly improving operational availability, the sources said.

The French Air Force has been replacing its old fleet of Mirages with new Rafale fighter jets.

India had acquired these aircraft from France in the 1980s and they have been one of the most potent fleets of aircraft despite being over three decades old.

The aircraft had taken part in the Balakot airstrikes against terrorist camps in Pakistan and destroyed a camp there. The aircraft had fired their Spice-2000 bombs accurately to take out targets deep inside Pakistan territory.