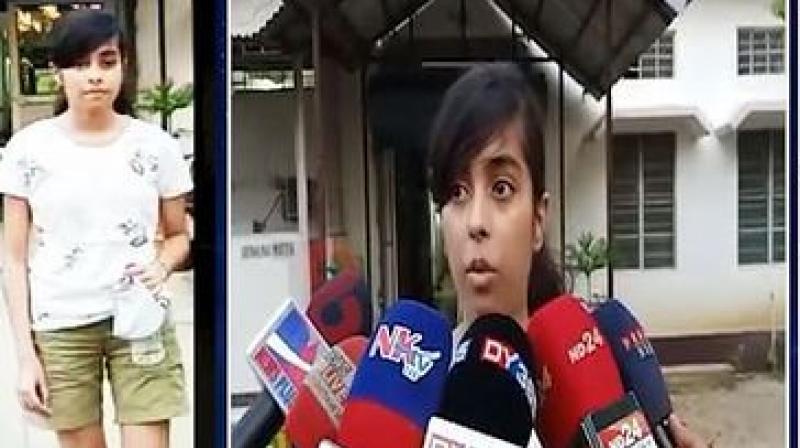 The student had travelled to Tezpur from her hometown Biswanath Chariali on Wednesday to appear in the entrance exam of Jorhat’s Assam Agricultural University. (Image credit: Social media)

Guwahati: In what has created anguish among the people, a 19-year-old student in Assam who wore shorts to an examination was allegedly humiliated and forced by invigilator to wrap a curtain around her legs to cover up before sitting for the exam.

The student had travelled to Tezpur from her hometown Biswanath Chariali on Wednesday to appear in the entrance exam of Jorhat’s Assam Agricultural University (AAU) at the Girijananda Chowdhury Institute of Pharmaceutical Sciences (GIPS).

The girl, however, resisted the objection raised by the invigilator who insisted that she can’t be allowed to appear for the exams.

The teen checked with the university authorities and told the invigilator that the admit card mentioned no dress code. She also pointed out to them that she had appeared for the national medical entrance test NEET in shorts recently. The teen’s family alleged that the invigilator insisted and did not budge.

She ran to her father, who was waiting outside the centre, and asked him to get a pair of trousers from the nearest market.

Father of the girl, Babul Tamuli told reporters that he rushed for it, but before he could return with the trousers from the market, the college officials had given his daughter a curtain to cover her legs.

Mr Tamuli said, “My daughter was traumatised and spoke to a few local journalists about the humiliating incident and the issue became viral. There are many who have condemned the incident but many have attacked my daughter for not following a dress code in an educational institution, which has left her more mentally disturbed.”

Though the family has not lodged any formal complaint, anger on social media forced the Assam Agricultural University to set up an inquiry led by the dean of the university.

Abdul Baquee Ahmed, principal, GIPS, where the incident took place, told reporters that he was not present in college but aware about the incident.
“We do not have anything to do with the exam – our college was just hired as a venue for the exam. Even the invigilator in question was from outside. There is no rule about shorts, but during an exam, it is important that decorum be maintained. Parents should also know better,” he said.

Congress spokesperson Bobbeeta Sharma said that not allowing a young girl to sit for an examination for wearing shorts reflected a dangerous and regressive mindset.