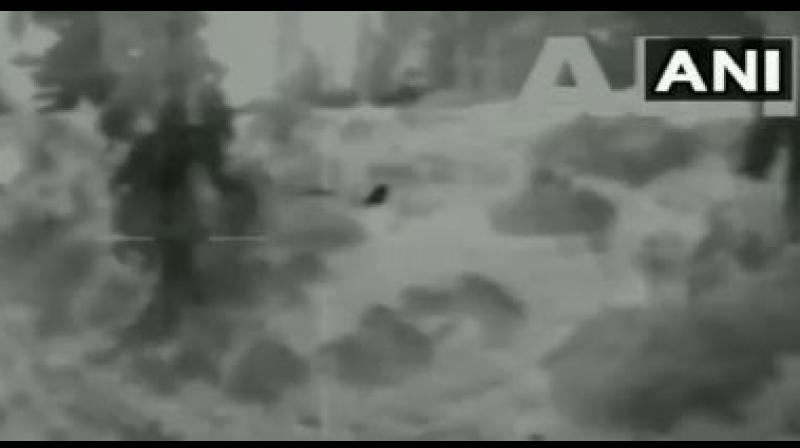 The black spot in the video represents Pakistan's BAT. It was stopped by the Indian troops on the night of September 12. (Photo: Twitter | ANI)

Srinagar: Pakistan has deployed a number of Border Action Team (BAT) teams of soldiers and terrorists and Special Service Group (SSG) close to posts opposite to multiple locations along the Line of Control (LoC).

In a recent video, attempted infiltration by BAT was recorded on the night of September 12-13 in Hajipur.

Tension between both countries grew after Article 370 which granted special status to Kashmir was revoked.